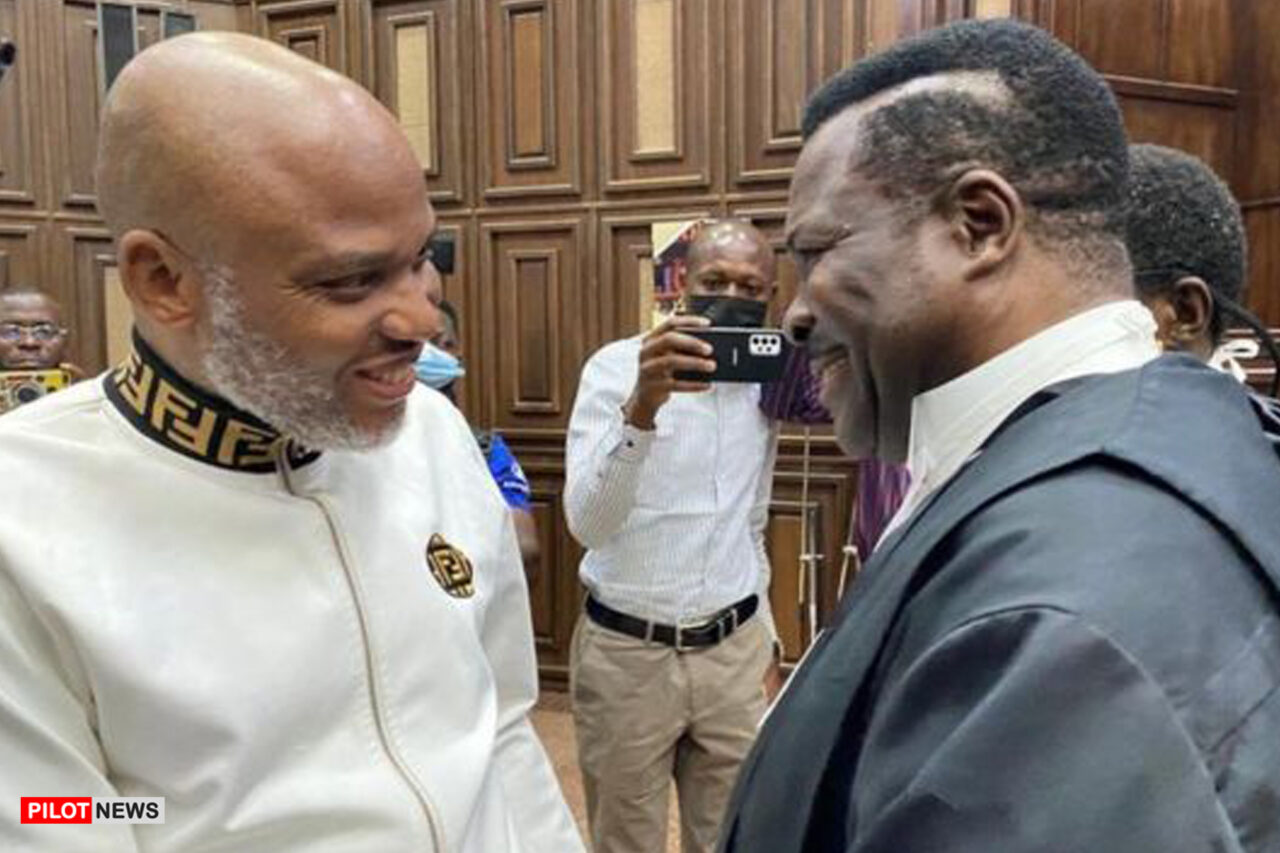 The Indigenous People of Biara (IPOB) has suspended its earlier announced May 26 sit-at-home. According to the group, the cancellation followed the postponement of the court case of its leader, Nnamdi Kanu, which was scheduled for Thursday.

The group made this known in a statement signed by its Media and Publicity Secretary, Emma Powerful, on Wednesday. It called on the people to maintained restraint and “keep their eyes on the ball”.

Powerful said the announcement became necessary in order to notify their members both home and abroad that Kanu’s court case in Abuja on May 26, has been postponed to June 28.

It said that IPOB was informed by the Federal High Court’s registrar, through its legal counsel, Ifeanyi Ejiofor, that the case was postponed because Justice Binta Nyako was indisposed.

The statement read in part, “IPOB has been informed why and what caused the sudden change of date and we accepted it, we just received the communication from the Federal High Court’s Registrar, through our legal counsel, Ifeanyi Ejiofor, notifying us that the court will no longer be sitting tomorrow, May 26, 2022, on our leader’s case.

“Therefore, there will be no sit-at-home in regard to tomorrow’s case instead sit-at-home will hold on  June 28, 2022.

“According to the registrar, this is because Justice Binta Nyako is indisposed, and as such, the matter is now adjourned to June 28, 2022 for ruling and hearing.

“We most respectfully, urge you all to maintain restraint, as you have always done. Keep your eyes on the ball, which is the freedom of Mazi Nnamdi Kanu.

“Also, please note that justice delayed is not justice denied. We are aggressively cruising to victory of our leader, it is only a matter of time. There is no sit-at-home again tomorrow. Biafrans should bear with us.

“We profoundly appreciate your solidarity, unflinching support and prayers, which have been sustaining us thus far. Please do not relent in your prayers, we do not take them for granted. We shall continue to keep you all informed as events unfold.”