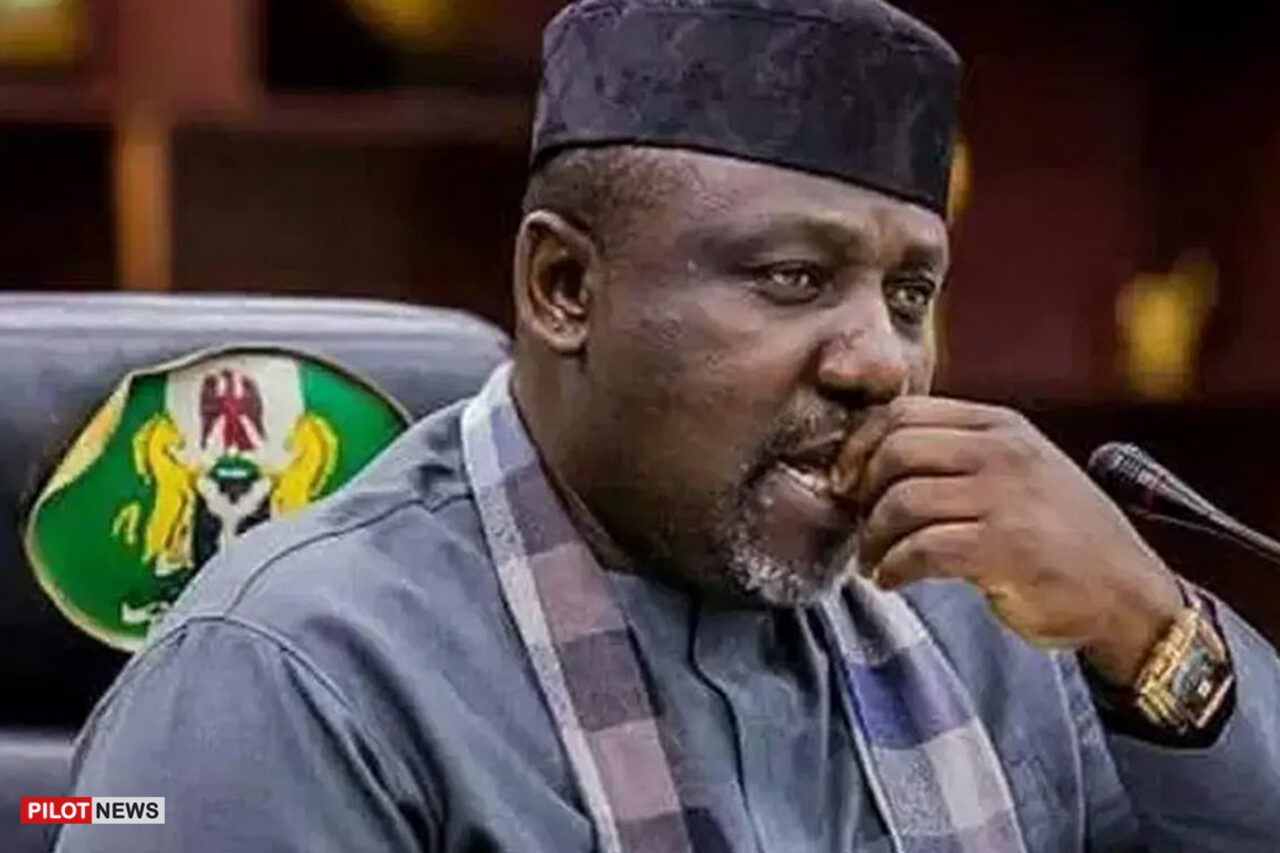 ABUJA — The former Governor of Imo State and Presidential Aspirant of the ruling All Progressives Congress, Rochas Okorocha, appeared before a Federal High Court in Abuja on Monday, where he pleaded not guilty to the N2.9 billion corruption charges brought against him by the Economic and Financial Crimes Commission (EFCC).

Embattled former governor of Imo State, Owelle Rochas Okorocha on Monday appeared before a Federal High Court in Abuja where he pleaded not guilty to the N2.9 billion corruption charges brought against him by the Federal Government.

Okorocha was slammed with 17-counts, as he was accused of diverting N2.9 billion from Imo State government House Accounts and that of Imo State Local Government Joint accounts to private companies.

The alleged offence was said to have been perpetrated by Okorocha and one Anyim Inyerere with the use of their private companies between 2014 and 2016 when he held sway as the Governor of Imo State.

Although he denied all the charges, Okorocha has however engaged the services of four Senior Advocates of Nigeria comprising Okey Amaechi, Solomon Umor, Ola Olanipekun, and Kehinde Ogunwumiju to defend him from the grievous allegations against him.

Shortly after the taking of the plea, EFCC counsel, Gbolahan Latona, asked the judge for an adjournment to enable him to assemble his witnesses that will testify during the trial.

He informed the court that 15 witnesses have been arranged to testify against the All Progressives Congress APC presidential aspirant and that most of the witnesses are outside the court’s jurisdiction because of the peculiar nature of the charge.

Okorocha’s counsel, Okey Amaechi, told the court that he had filed an application for the bail of his client and had also served the same on the Economic and Financial Crimes Commission.

He attempted to argue the application but was opposed by the anti-graft agency which claimed that it intends to file a counter-affidavit against the bail issued.

Although the EFCC lawyer sought an adjournment to June 1 for arguments on bail, Justice Ekwo ruled that he would take all the bail applications on May 31 and directed EFCC to endeavour to file its opposition within time.

Justice Inyang Ekwo subsequently ordered Okorocha’s further detention till May 31 when his bail application would be argued.