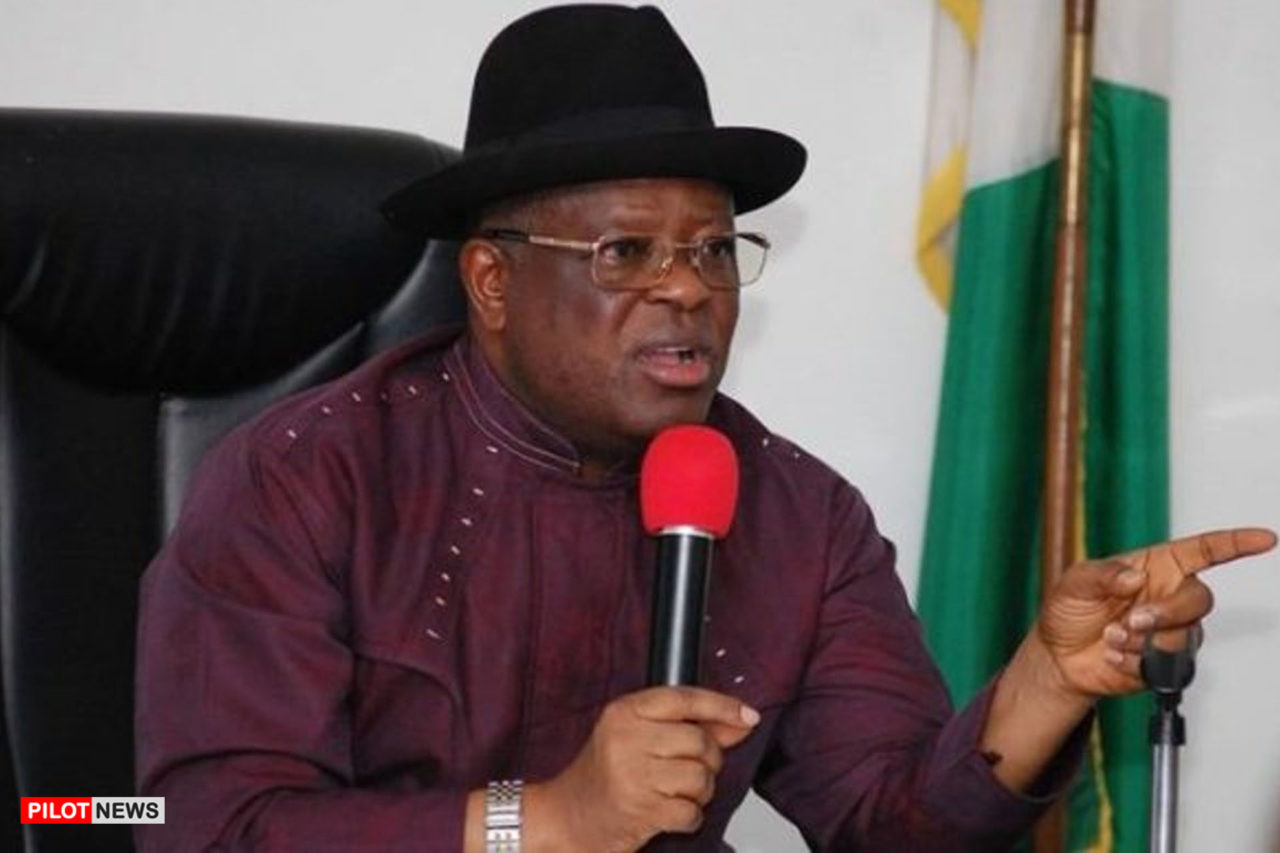 ABAKALIKI — Governor David Umahi of Ebonyi State, has said Ebonyi people will vote for the candidate of the All Progressives Congress (APC), Bola Tinubu in the 2023 presidential election.

Umahi stated this on Monday during the swearing-in ceremony of five Commissioners and two Special Assistant, SA, into his cabinet including 6 Development Center Coordinators at the Exco Chambers of the new Government House, Abakaliki.

The Governor insisted that the state will not vote for Labour Party’s (LP) flagbearer Peter Obi, who is adjudged as the most prominent presidential aspirant from the South-East.

According to him, the votes of the people of Ebonyi only belong to the ruling party, APC.

“Our agenda is Ebonyi agenda. We will vote for our presidential candidate in the person of Tinubu. We must strive to liberate Ebonyi State and that is our agenda.”

“Prof. Obiozor could not stand for Igbos when it mattered so much. It is a very big shame. I have no confidence in him and he is no longer my President,” Umahi stated.

He also accused APC delegates from the South-East of trading their votes during the party’s just-concluded presidential primary.

The governor chided delegates from the South-East for selling their votes to willing buyers instead of standing in defense of the calls for the Igbo Presidency.

Lamenting that several appeals he made to the delegates to put the South-East first during voting at the convention did not yield any fruit, the Ebonyi governor said the people of the South-East should stop complaining about marginalisation since they could not support someone like him with their voters.