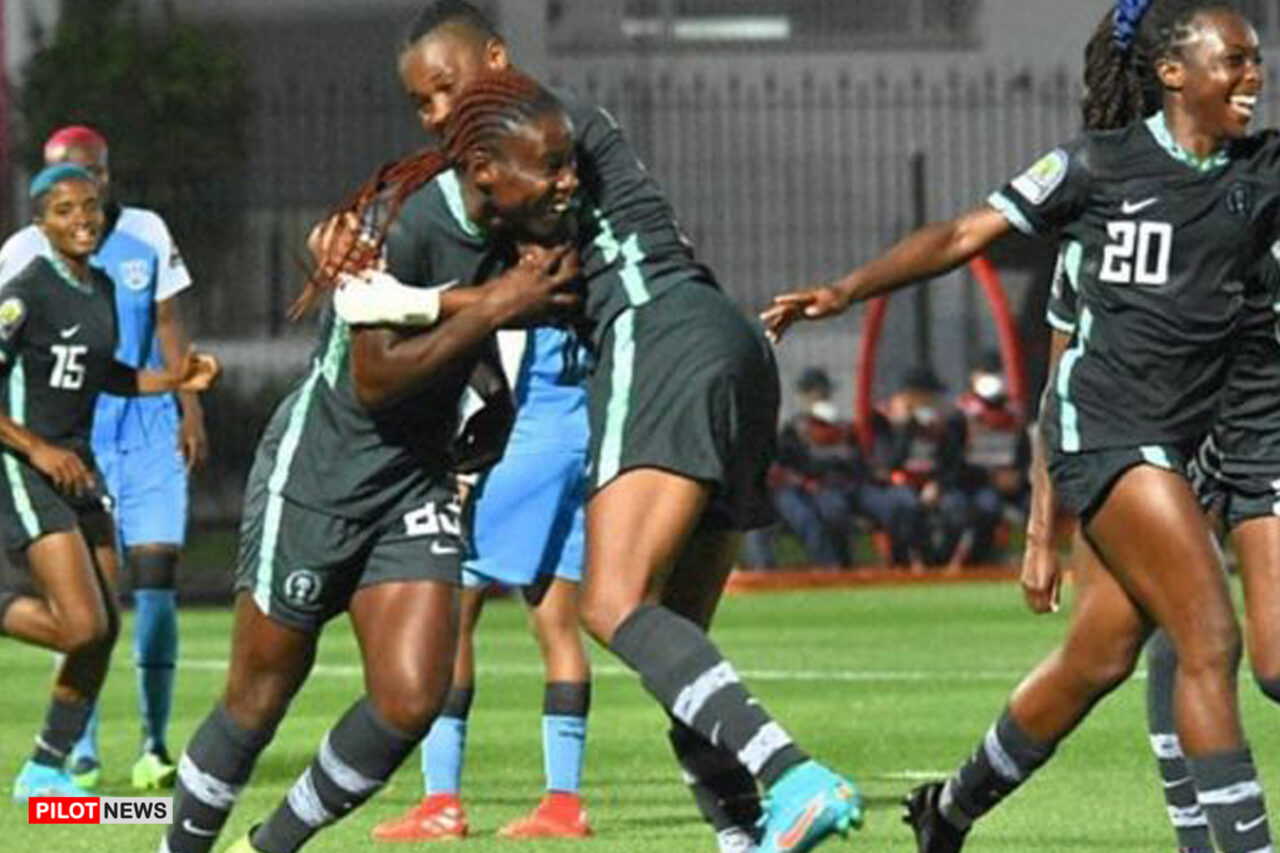 Title-holders Nigeria set on a better track for their 12th Women Africa Cup of Nations (WAFCON) campaign with a 2-0 win over Botswana in Rabat on Thursday.

The development meant they rose to second place in Group C behind new leaders in South Africa, with Botswana dropping from the table’s apex to third place.

The News Agency of Nigeria (NAN) reports that South Africa had earlier in the day thumped Burundi 3-1 to lead the group and advance to the quarter-finals.

Botswana, 4-2 winners over Burundi on an opening day, had led the group following the Super Falcons’ 1-2 loss to the Banyana Banyana on Monday.

But on Thursday, U.S.-based forward Ifeoma Onumonu put the Falcons on their way with a sweet finish in the 21st minute from an intelligent through pass by Halimat Ayinde.

The Falcons had before then looked brighter on the break than they did against South Africa, with Rasheedat Ajibade, Onumonu and Francisca Ordega launching onslaughts that unsettled their opponents.

Nigeria could have been two goals up five minutes later when Ordega found Toni Payne with a stylish pass and the defender sent the ball into the penalty box.

But the southern Africans cleared their lines to prevent any damage.

Botswana had their own song in the half, with Tholakele rattling goalkeeper Chiamaka Nnadozie from a 22-yard free-kick in the 31st minute.

She then shot straight at the Nnadozie six minutes later.

Substitute Christy Ucheibe, with her first touch of the ball, scored Nigeria’s second goal in the 48th minute.

She rose highest in the penalty box to nod home Payne’s heaved effort from a corner kick.

When Gift Monday and Regina Otu joined the fray in place of Ordega and Okobi-Okeoghene in the 63rd minute, Nigeria’s rejuvenation was unmistakable.

Onumonu had a couple more goalscoring chances, while Ayinde’s angled shot from 25 yards was punched away and Uchenna Kanu saw her shot blocked.

The Super Falcons will now Sunday face Burundi, who are already out of contention, with a win certain to guarantee for them a place in the competition’s quarter-finals.

Botswana on the other hand needs at least a draw against South Africa to have hopes of securing a quarter-final spot through the best-losers spot.

But a win for Botswana can drop Nigeria to third spot, with the title-holders needing to reach the quarter-finals only if they beat Burundi, or get at least a draw.