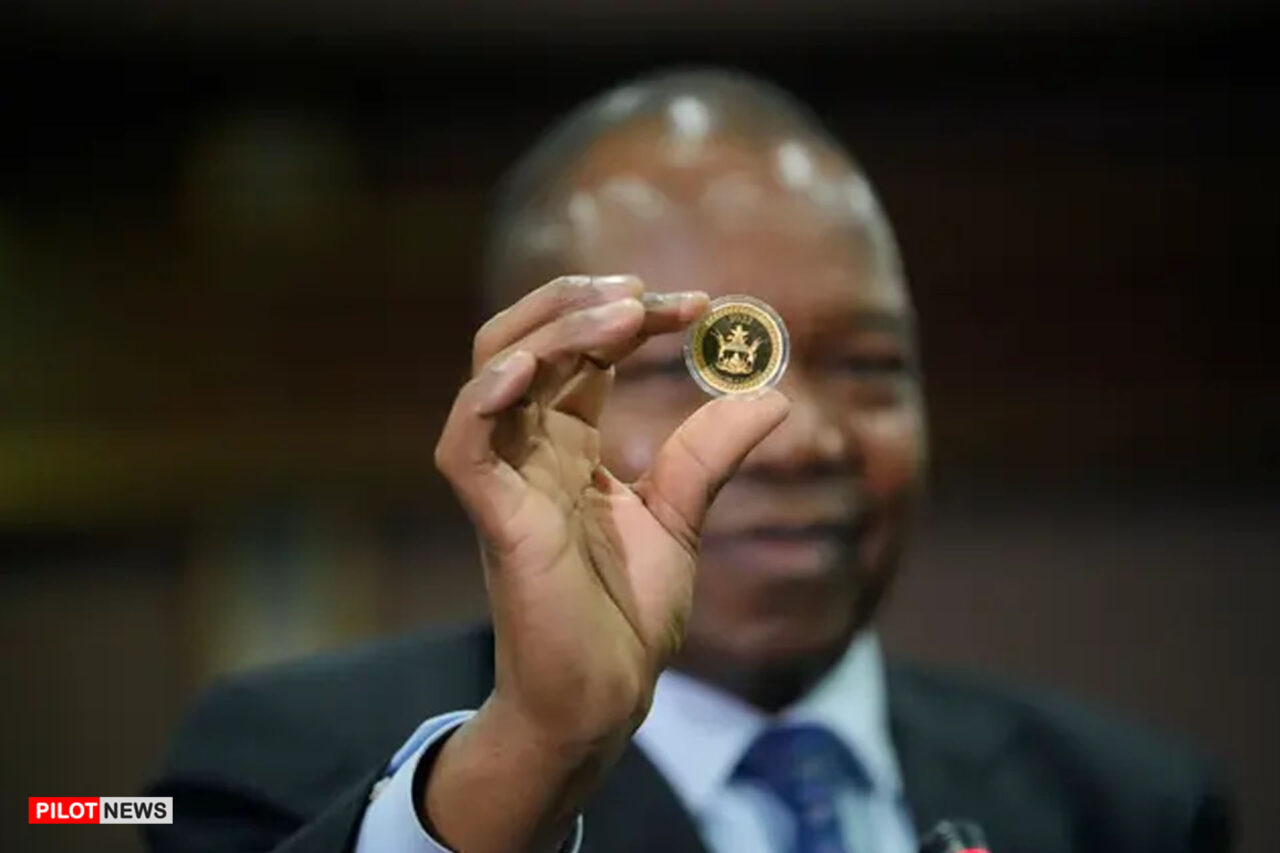 Zimbabwe has launched gold coins to be sold to the public in a bid to control the soaring inflation that has considerably weakened the local currency.

The unprecedented move was announced on Monday by the country’s central bank, the Reserve Bank of Zimbabwe (RBZ).

RBZ announced on Monday, 4 July 2022 that it plans to sell gold coins to the public from July 25 as a store of value to stabilise the nation’s tumbling currency and offer an alternative to the US dollar, which is in high demand.

“The gold coins will be available for sale to the public in both local currency and US dollars and other foreign currencies at a price based on the prevailing international price of gold and the cost of production.”

The gold coins, named Mosi-oa-tunya Gold Coin, which means ‘Smoke that thunders’, a reference to Victoria Falls, the world’s greatest sheet of falling water, which traverses Zimbabwe and Zambia, contains one troy ounce of gold (around 31 grams) and can be converted into cash and traded both locally and internationally. It can also be used to transact, and as security for loans and credit facilities.

The coin forms part of measures to deal with a currency crisis that has seen the annual inflation rate jump to 192 per cent in June 2022 and a sharp depreciation in the Zimbabwean dollar, which has lost more than two-thirds of its value against the US dollar this year.

The West African Pilot gathered that the RBZ disbursed 2,000 coins to commercial banks on Monday.

According to the RBZ governor, the first batch of the coins was minted outside the country, but eventually, they will be produced locally.

The 22-carat coin will be identified by a serial number and will be made available to the public through normal banking institutions.