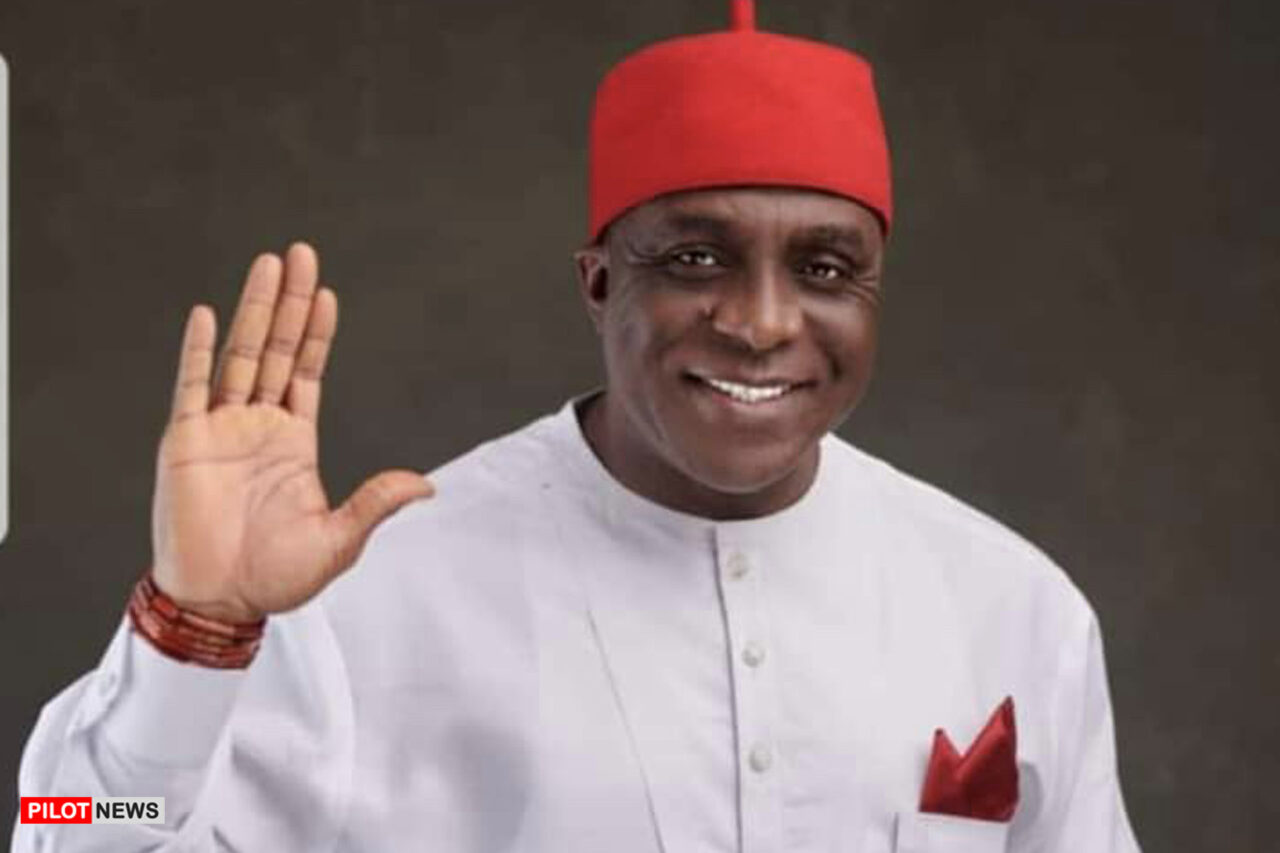 By Handel Patrick (Staff Reporter)
ONITSHA — Delta State Governor and the Vice Presidential Candidate of the People Democratic Party (PDP), Senator Ifeanyi Okowa,  said his party, PDP will win the 2023 Presidential, the Senate, House Representatives, and State House of Assembly elections in Anambra State.
Okowa who was represented by a PDP member of the presidential council and chairman of United Nigeria Airlines, High Chief Prof. Obiora Okonkwo at the 20th Coronation anniversary and Ofala festival of Obi of Onitsha, Igwe Alfred Nnaemeka Achebe, said despite the fact that the state for many years has been dominated by the All Progressives Grand Alliance (APGA) and the Presidential Candidate of Labour Party(LP) Peter Obi is from the state, PDP will take the state in 2023.
This is because Anambra State remained a PDP state.
Okonkwo in an interview after representing Okowa explained that “PDP is fully prepared for the campaign. Anambra has always been the home of PDP, and you may wish to check it. In the past, we have won landslides in all the presidential elections, and almost all the time, we have won the majority of the national assembly election, and I do not think this will be different.
“The campaign committee is coming up to Anambra, and we will campaign in every corner of Anambra State, starting from every voter, every polling booth, every ward, and every local government.
“I have no doubt that at the end of the day, Anambra people will know that we need to be reconnected to Abuja, and the only wire that will give us that connection to the political grid is PDP.”
Although APGA has dominated Anambra State, Okonkwo described the party as a friend of PDP.
“APGA had controlled the state in past times when PDP had won 95 percent of the votes in the state, both in the presidential and National assembly election in Anambra State. I think it is going to be the same.”
“Anambra people have always voted for the PDP at all times, and I wonder why you feel this time will be different. We are confident that we will win Anambra at the end of the day,” he said.

APC is a Dstroyer – Atiku