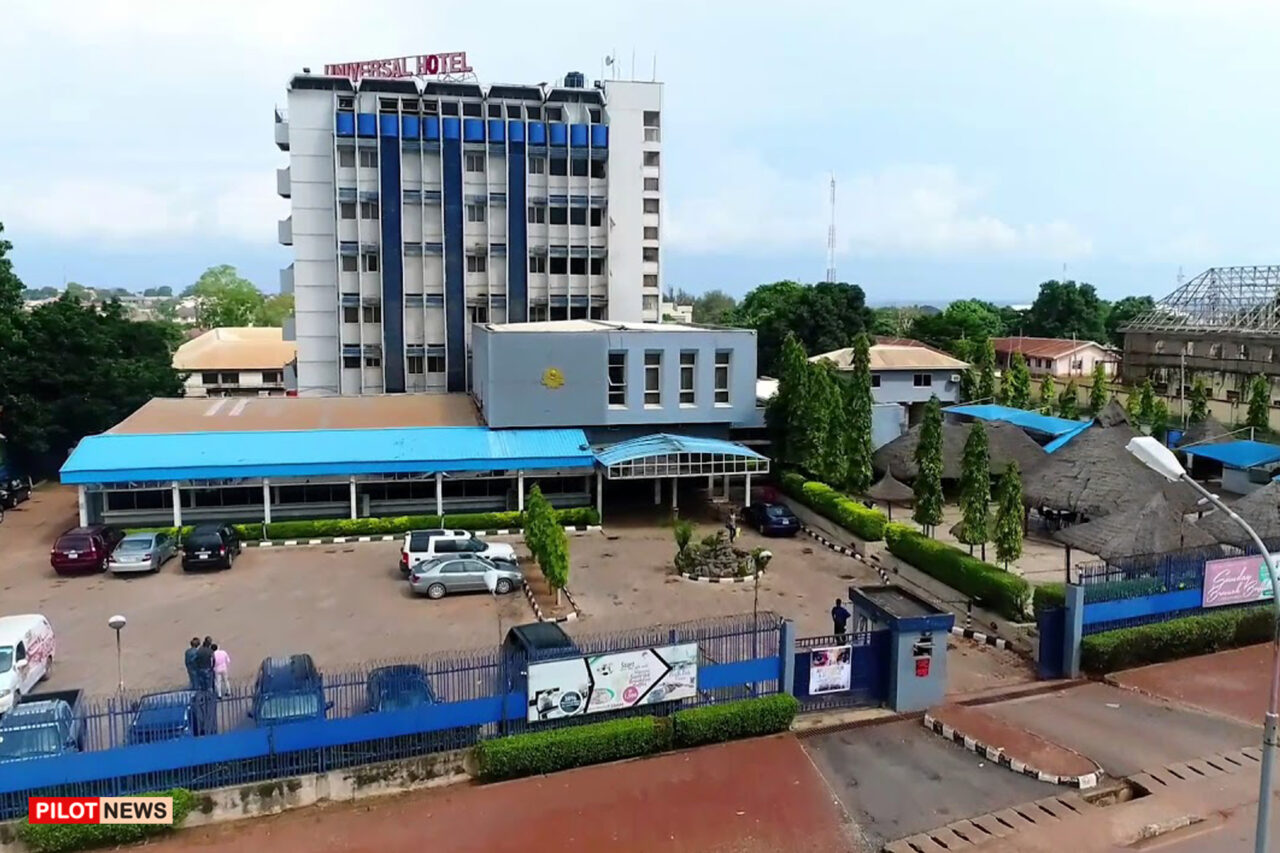 ENUGU — The peaceful ambiance in the Coal City, Enugu was rattled on Wednesday when aggrieved persons took laws into their hands and executed jungle justice to two Point of Sales (POS) robbers.

The two men were said to have attempted to rob a POS operator who defied fear of the gun pointed at her, and raised alarm thereby attracting the mob who chased after the fleeing robbers and apprehended them at the popular Bisalla Road Independence Layout, near Roban Stores and about 200 meters away from the Government House.

Before burning the men, they were stripped naked, terribly beaten, extracted some confession of their accomplice.

As seen in the video, the badly beaten man with blood all over him revealed some members of their gang.

In response to question posed as to how many the members of the gang are, he said, “we are Ogbonneze, Matix who he said is at New Heaven Police Station; Matix he said is a police officer.”

However, the Nigeria Police have denied the allegation that an accomplice in the robbery attack is a police officer.

Condemning the act, the Commissioner of Police, CP Ammani stated that the viral media report suggesting that one of the gang members is a Policeman is untrue and unfounded.

“Contrary to the report, available records only revealed that one of them, later identified as Ogbobe Benjamin, has long been dismissed from the Nigeria Police Force as a Police Constable, for acts against discipline. Hence, he can never be seen or said to be a serving Policeman as claimed,” CP’s statement.

“No matter the circumstance, resorting to self-help to carry out acts of jungle justice in this manner, without recourse to extant laws and the criminal administration system, is totally condemnable and tantamount to the commission of crime in itself,” the CP reiterates.

“Hence, an order to the State Criminal Intelligence and Investigation Department (SCIID) to carry out a discreet investigation to ascertain the circumstances surrounding the incident and those involved in the mob action and extra-judicial killing of the two (2) alleged male criminal suspects in the afternoon hours of 09/11/2022.”

Urging citizens of the state to always be law-abiding, hand over criminal suspects to the Police for further lawful actions, in line with the provisions of the Administration of Criminal Justice Act 2015, the amended Nigeria Police Act 2020 and other laws, the CP cautioned against such heinous and cruel acts that violate the provisions of the Constitution and other extant laws, especially as it concerns the inalienable rights of the person.