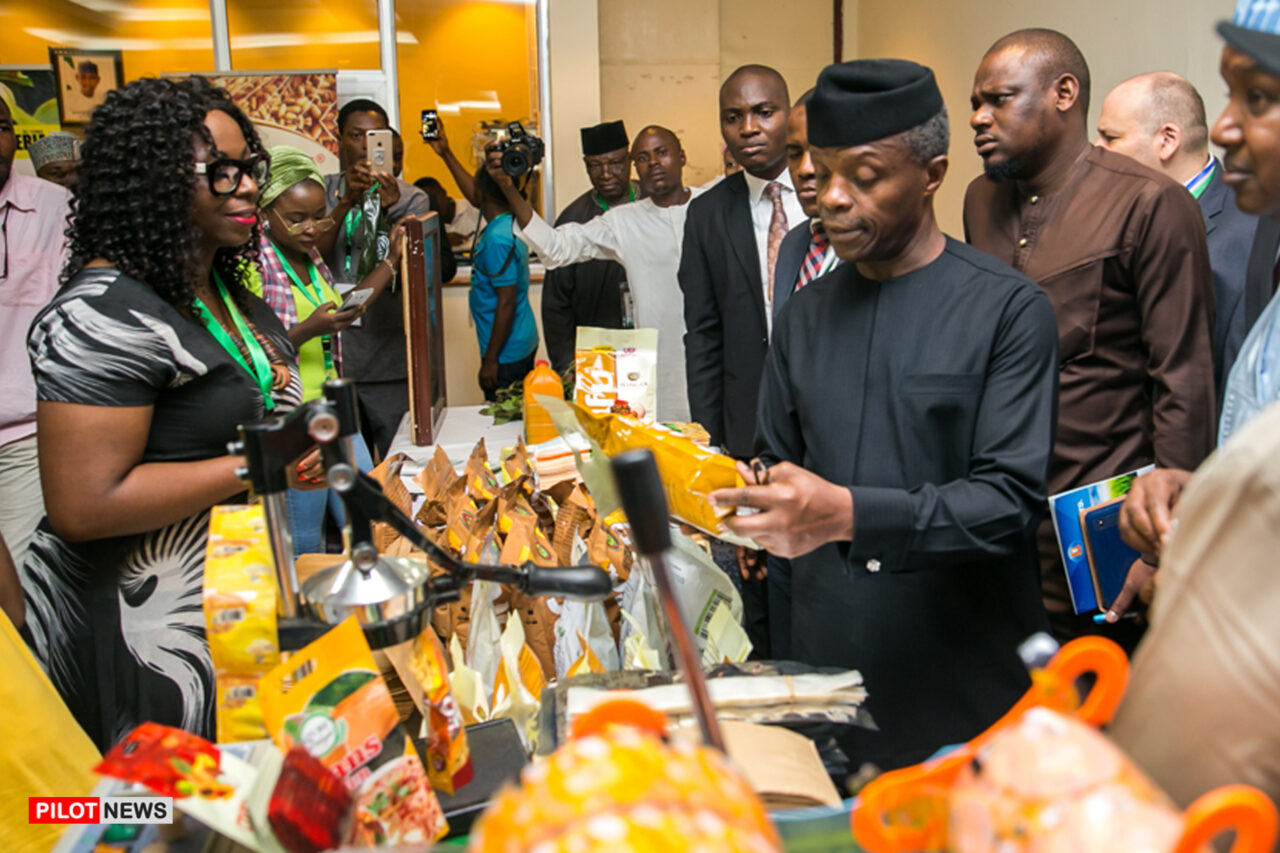 ABUJA — Vice President Yemi Osinbajo says there is a need for Micro Small and Medium Enterprises (MSMEs) to leverage technology to improve their performances.

Osinbajo made this call while featuring at the National MSMEs Discourse, titled ‘’Little Beginning, Huge Impact,’’ on Thursday in Abuja.

The vice president was represented by the Minister of Industry, Trade, and Investment, Niyi Adebayo, at the discourse which is part of the National MSMEs week.

“Indeed, in this digital age, it will be important to explore strategies by which small businesses can use technology to improve their performances.

“Just as they would be useful to identifying ways and means which they could be linked to larger companies through outsourcing or supply contracts.”

He said that the Federal Government had supported MSMEs in various ways including the MSMEs Clinics which were conducted through a partnership of MDAs that was consumer-friendly.

Osinbajo said that the MSMEs Week was the latest initiative in the effort to support MSMEs.

“Over the past few years, we have held a national MSMEs day in tandem with World MSMEs Day as declared by the United Nations.

“However, in order to further build the profile of MSMEs and promote understanding of the sector, we decided to dedicate the whole of this week to promoting awareness about the achievements of our MSMEs and highlighting their needs.

“Most of us know that MSMEs Clinics were designed to support businesses by bringing them together in one place with Abuja regulatory agencies in various states.

`By so doing, we help MSMEs to have their businesses related concerns addressed while they also learn firsthand about regulatory requirements.

“In addition to clinics, which so far has been held in 27 states, the initiative has been extended to encourage states to establish one-stop-shop and shared facilities.’’

He said that the Federal Government had also introduced a number of other schemes and initiatives aimed at supporting the operations of MSMEs.

According to him, the government had introduced arrangements in its development finance institutions to de-risk lending to MSMEs.

“Similarly, we have exempted small businesses with a turnover of fewer than N20m from tax, while those with a turnover of less than N100 million now benefit from a one-third reduction in the corporate income tax rate from 30 percent to 20 percent.

“Also equally notable is the support that the Federal Government extended to small businesses in the particular context of COVID-19 through the Economic Sustainability Plan(ESP).

“Through the Payroll Support Programme, we were able to help businesses across various sectors to keep their employees.

“In the same vein, artisans and transporters got support from the Survival Fund to help overcome the negative impact of the pandemic on their livelihoods.

“In a similar vein are the MSME specific interventions in other ESP programmes like the Agriculture for Food and Jobs programme, the Family Homes Fund programme, and the Solar Power Naija programme,” he said.

He added that construction contracts with guaranteed off-take would be given to consortiums of young professionals in the building sector such as architects, engineers, quantity surveyors, builders among others.

On her part, Hajia Mariam Katagum, Minister of State for Industry, Trade, and Investment, said that for every business success, there was more often than not, a small beginning.

She said that the Federal Government was committed to implementing programmes, policies, and projects that would create enabling environment to stimulate domestic investment and attract foreign direct investment in all sectors of the economy.

According to her, there is a deliberate effort to make Nigeria the first investment destination in Africa and the world at large.

“I, therefore, urge the private sector, especially operators in the MSMEs space to take full advantage of these initiatives,” she said.

Tola Johnson, Special Assistant to the President on Micro Small and Medium Enterprises (MSMEs), Office of the Vice President, had recently announced that the portal for the fourth National MSMEs Award would be open from May 10.

Johnson, who is also the Coordinator, Project Delivery Office (PDO), had said that a new portal www.msmeclinics.gov.ng had been created for the fourth National MSMEs Award slated for June 27.

President Muhammadu Buhari, through the vice president, moved to empower and reward MSMEs across the country which gave birth to National MSME Clinics in 2017.

Some offshoots of the clinics include the MSMEs One-Stop-Shop, the Shared Facility Initiative, and the MSMEs Awards conceived in 2018.