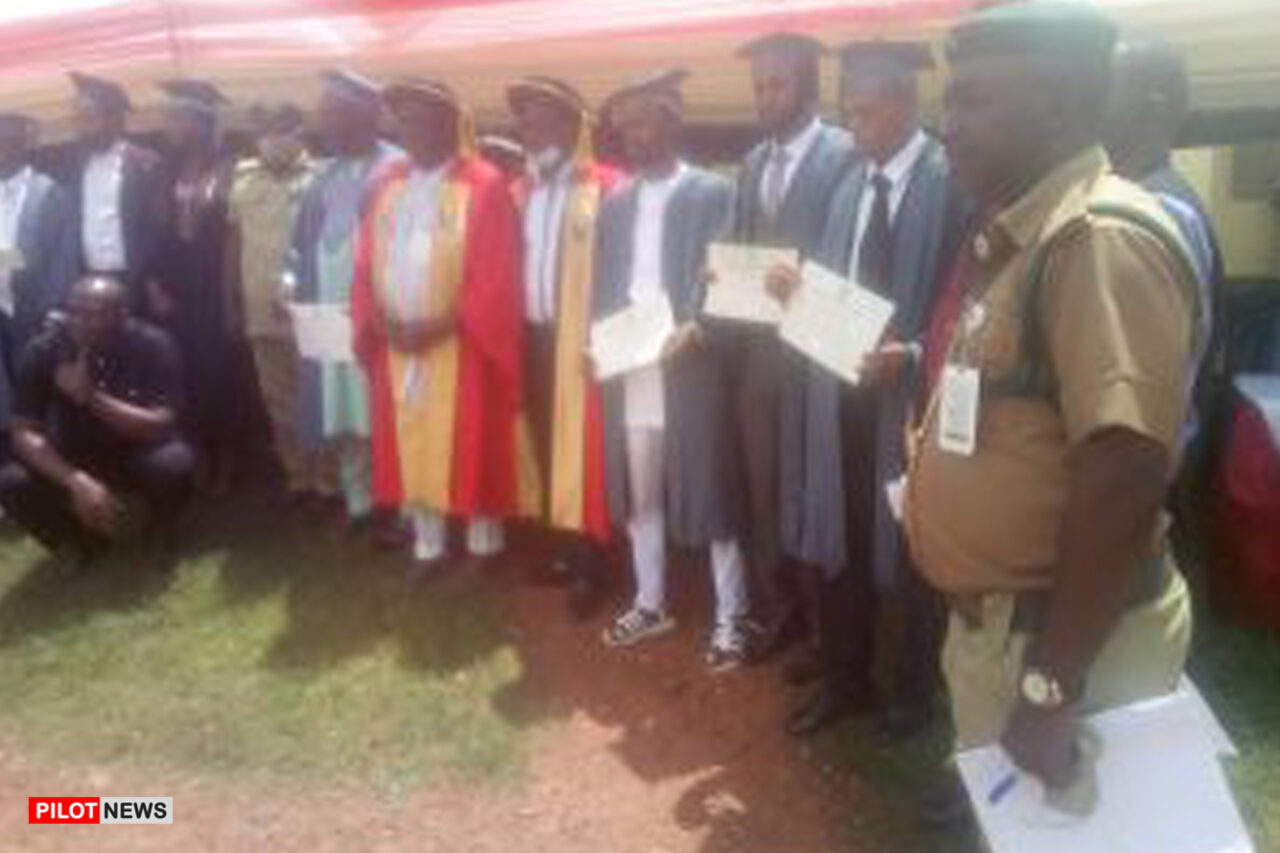 The News Agency of Nigeria reports that the six inmates, all male, are currently serving their jail terms with the exception of one who had regained his freedom.

Performing the ceremony, the Desk Officer, NOUN Enugu Correction Centre, Mr. Kelvin Iloafonsi said the convocation was to celebrate six students of the Enugu Study Centre who had graduated triumphantly into various fields of study.

“Today is a special day in the history of the centre as it marks the 4th convocation ceremony to launch another set of enterprising, dedicated and determined set of graduates.

“It is another landmark towards ensuring reformation, rehabilitation and reintegration of discharged inmates into the larger society,” he said.

Iloafonsi said that Enugu study centre would be 10 years old by July and had recorded outstanding achievements in spite of numerous challenges.

He said that 12 inmates gained admission in 2012 adding that it was extremely difficult  to convince an inmate to enroll into academic programmes.

“We visit cell to cell pleading with them to register with us but their response is always, ‘we will go to school when we get our freedom.’

“We never relented in encouraging them by intensifying on our efforts to change their mind set,” he said.

The officer said through their efforts one Adenyi Theophilus who studied Peace and Conflict Resolution, came out as the overall best student in nationwide study centre of correction services.

He said he was later discharged and acquitted and currently doing his doctorate programme with the University of Nigeria Nsukka.

Iloafonsi commended NOUN for providing the centre with 100 sets of computers in 2020.

“This act of magnanimity and show of unquenchable desire towards ensuring that our students are well reformed and rehabilitated has paid off.

He added that since the inception of the programme, none of the students had ever returned to prison as a recidivist.

Iloafonsi appealed to individuals, government and private organisations to assist them as their academic auditorium had been overstretched by the current population of the students.

“The existing hall was an old cell converted to lecture hall and it has capacity to accomodate only 80 students while the centre has 245 students.

“There is need to declare a state of emergency on infrastructural inadequacies at the study centre,” he said.

Onokohwomomo said the certificate would help the inmates when they are finally reintegrated into the society and a condition for amnesty.

“This certificate is internationally recognised and a lot of people are struggling to acquire it.

“Therefore, I congratulate you because you have distinguished yourselves and will make good use of it when you finally gain your freedom,” he said.

One of the graduating inmates, Israel Godlove, said he was excited about the degree acquired.

“It is not easy but at the end I am able to achieve my dream even in custody; I thank God who made everything possible.

“I am from Ebonyi state and I have spent 16 years in custody. My first 11 years was on awaiting trial.

“I was on a death sentence and I have spent a year and half before Gov. Umahi commuted it to life imprisonment.

“I know that by the special grace of God, I will be set free because here is not my home,” he said.

Another inmate, Emeka Okeke also expressed joy over the degree certificate, saying it was the work God.