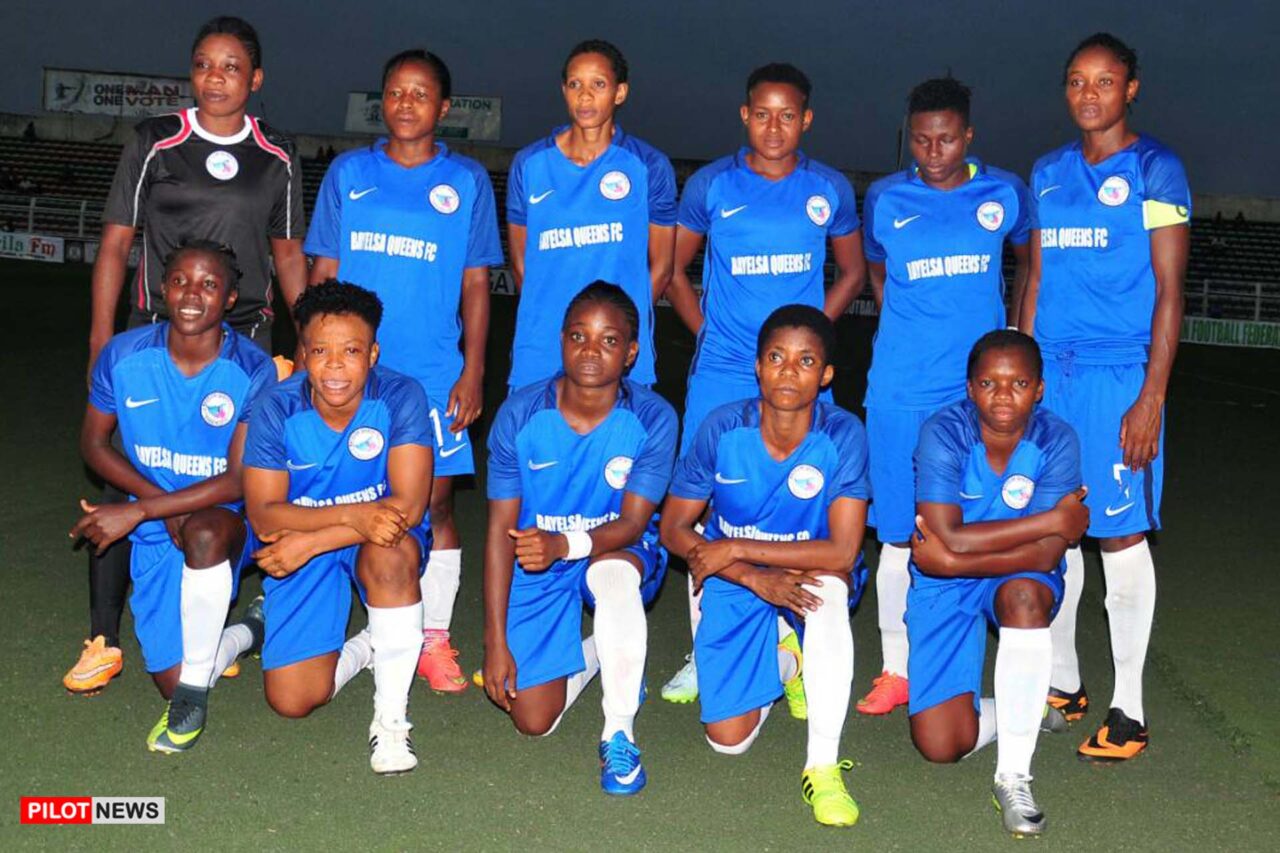 PORT HARCOURT — Rivers Angels FC of Port Harcourt, Nigeria’s representative to the Total Energies CAF Women’s Champions League in Cote D’Ivoire, has been promised N1m per goal scored during competition.
Amb. Desmond Akawor, who was the Special Guest of Honour at the send forth brunch in honour of the Rivers Angels, made the pledge on Wednesday at The Alfred Diette-Spiff Sports Complex, Port Harcourt.
Akawor, who is also the Chairman of the People’s Democratic Party (PDP) in Rivers, made the pledge on behalf of the party to motivate the female players.
He urged them to see football and sports as a serious business for human development and not a leisure.
Akawor told the players to see their movement to represent Nigeria as history, and an opportunity for them to change their destiny.
“It is great that it is happening at a time there is a sports-loving man as governor of Rivers.
“This is because it’s only a man like Governor Nyesom Wike that will invest in Real Madrid Football Academy, to prove his love for sports development,” he said
Akawor commended the Rivers Ministry of Sports for its performance in football and urged the female players to sustain the tempo.
“You must sustain what we have and not bring down the bar; a place is a familiar place, so, you must come back with success.
“You are the representative of Nigeria, so you must exhibit the greatest discipline and move as a team.
“Comportment is key and means a lot: Don’t be deterred until the laurel is brought to the state.
The state will definitely honour you once you’re able to secure the laurel,” he concluded.
The Rivers Commissioner for Sports, Boma Iyaye, thanked Gov Nyesom Wike for showing much passion and commitment to sports development.
Iyaye stated that whatever the Ministry requested from the Rivers Government, Gov. Wike did not hesitate to grant it.
“We requested for a Coaster Bus, he granted a Luxury Bus: We can see his investment in Real Madrid Football Academy, our children can now play football and be educated.
“There should be no excuse for failure, there is nothing like second best, everything has been provided for you, allowances, accommodation, etc.
“We are going there for business and not for show or jamboree, success has many friends, so we must succeed,” he said.
The Sports Commissioner emphasised that the club must do everything to make sure that it competes fairly and come home with success.
“We want to conquer Africa, we are already Champions in Nigeria, the only thing we can do for Rivers government is to qualify for the next stage,” he concluded.
Special Adviser to the Rivers Governor on Real Madrid Football Academy, Chris Green, stated that Gov. Wike believed incompetence and it was the reason capable hands were managing sports in the state.
“If you’re not qualified, Gov. Wike will never appoint you, it is what informed the appointments he made in sports,” he stated.
Green, who is also the Chairman of Rivers Football Association, urged Nigeria’s representative to keep fit and get the needed result.
“This is one opportunity by God to change your life, don’t joke with Gov. Wike, he will change your life, do your best to get to the new stage.
“Don’t be anxious, you’re better than them, go for victory, you can do it: I don’t have any doubt that you can make it.
“You must fight, you must desire to be champions, work as a team, that is the key, the sum total of it all is victory,” he said.
Green disclosed that Gov Wike had approved the training of 10 Rivers boys to register with the Amateur side of Real Madrid FC in Spain.
The Permanent Secretary of the Rivers Ministry of Sports, Honour Sirawoo, described the sendforth as unique in celebration of excellence.
Sirawoo said it was unique in the sense that the team was the greatest in Nigeria and the first to qualify to represent the country in WAFU.
“This is a special project because sports is a development agenda of Gov. Wike, and as such this celebration is unique as a dividend of democracy,” he said.
Matilda Otuene-Onyiloha, General Manager of Rivers Angels FC, said it was a God-given privilege for her to lead the team.
Otuene-Onyiloha described Wike as a gender-friendly governor that provided for the female club, all he did for Rivers United.
“I lost words for what the Commissioner showed us, the package we are going to Cote D’Ivoire with, we have the best welfare package.
“Hotel provision is superb, we are going by air, we were paid everything in dollars, so we must deliver and not waste Rivers money,” she concluded.
The CAF Women’s Champions League Qualifier in Cote D’Ivoire would commence on July 24. (NAN)