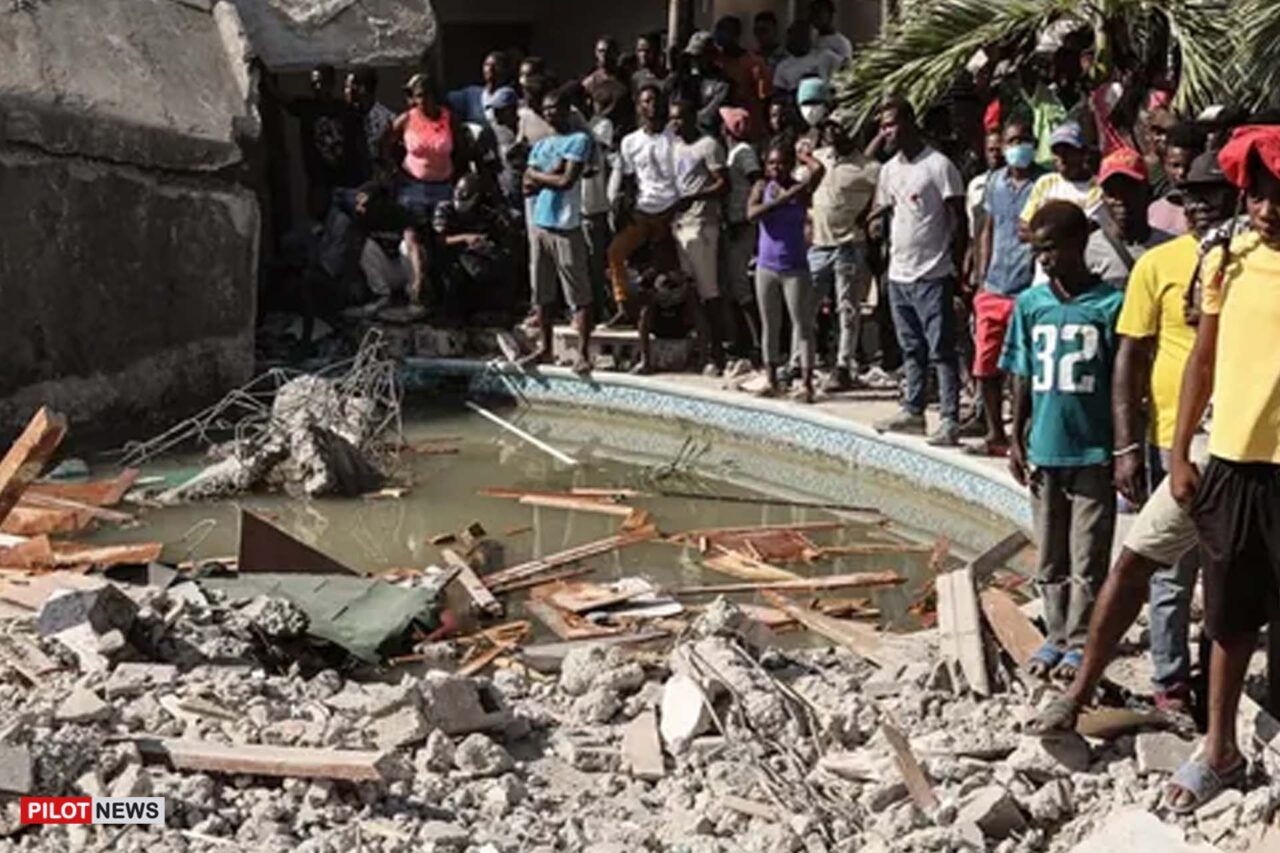 The death toll from the powerful earthquake in Haiti has jump to over 1,400, as crews continued to dig through collapsed buildings for survivors in the Caribbean nation.

The earthquake has also damaged the historic Immaculee Conception Church which was built in 1907. The church’s bell tower and yellow walls were a sharp contrast with the Haiti’s blue tropical sky.

The church was also the pride of Les Anglais, before it was destroyed on Saturday by the earthquake, it buried several faithful inside.

A magnitude of 7.2 earthquakes had struck the southern Haiti on August 14 at exactly 8:29am (1229 GMT), it reduced the church’s façade and steeple to a pile of rubbles in seconds.

The collapsing wall and roof crushed at least 17 people to death.

“I had just finished celebrating the 6:30 am morning mass and had entered the presbytery to have coffee before returning to celebrate baptisms” when the quake struck, said parish priest Wilson Exantus Andre.

“The oldest of the deceased was 24 years old. What is hard is that a woman who has only two children, 18 years old and 3 years old, lost them both,” the priest, still in shock, told AFP on Monday.

The bodies of all of the victims were pulled out of the ruins of the church.

The massive quake killed more than 1,400 people across Haiti, according to a preliminary official toll reported on Monday.

“It was a beautiful church with very beautiful architecture,” said the priest. “It was part of the national heritage; it was the pride of the people of Les Anglais, who never missed an opportunity to talk about it.”

But in just a few seconds, the church, built in 1907, was destroyed.

Only part of the nave and the corrugated iron roof withstood the earthquake and its incessant aftershocks. Some of the church’s wooden benches were covered in piles of stones that used to be the steeple.

Two people trapped under the rubble were rescued with help from heavy equipment rushed in by workers with a Taiwanese construction company that happened to be working nearby, the priest said.

The survivors were taken to a hospital in the nearby town of Port-a-Piment.

Stunned residents of the coastal hamlet exchanged stories of what they lost in the quake outside the church ruins on Monday.

“It’s a tragedy really, we can’t believe how it all fell so quickly,” one of them said.

They each spoke of relatives killed during the disaster, as nearby a lone child’s shoe, black in color but now covered in white dust, lay in the church square.

The streets there were filled with the grinding of heavy equipment lifting debris from collapsed buildings, as well as the quieter sounds of people pulling away rubble by hand while searching for the missing.

“Thanks to God and also to my phone, I’m alive,” said Marcel Francois, who was rescued from his collapsed two-story home in Les Cayes.

NNPC to be Commercialized in Six Months – Sylva