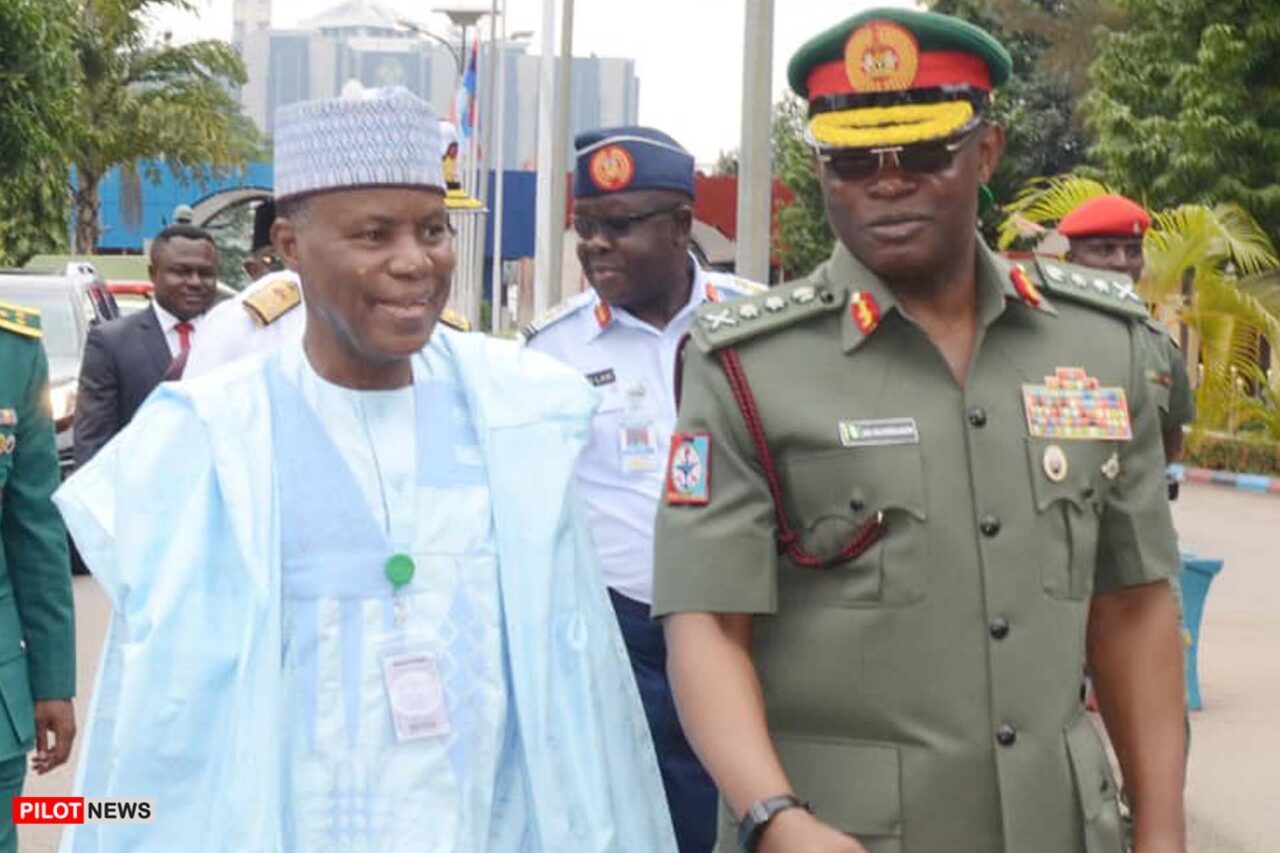 ABUJA — Nigeria Minister of Defence, Bashir Magashi, has said the insecurity plaguing states in the north-central region is fast growing into a major source of concern for the government.

According to him, the spate of attacks in Zamfara state and the northcentral has forced President Buhari to demand urgency in dealing with the situation.

The minister said this on Tuesday following the national security council meeting which took place at the presidential villa, Abuja.

The meeting was held to brief the president on the state of insurgency, banditry, kidnapping in the northwest and north-central.

“From the meeting, we believe that the spate at which these things are happening in Zamfara state and north-central is a source of concern to the government and to all agencies that are responsible for the execution of the operations in the north-central.

“We discussed the need for urgency in our dealing with the bandits. We believe they’re becoming a nuisance; killing people, they are doing what they like, they make careless statements, they say what they think they should say in order to solicit the kind of audience they want from society.

“We believe that we have gone a long way in keeping this country together. If one looks back, prior to our coming, 2014, you’ll find that there’s a lot of improvement, but people are not seeing it anymore.

“They believe probably we are incapable or there is something which we don’t know, but we are trying to find out why people are not appreciating the efforts of the government.

“We have appraised our position, we’ve found that we are capable, we can do this thing, but we need the cooperation of every Nigerian in order to ensure a free society.”

Tuface Teams Up With Bongos Ikwue On New Project