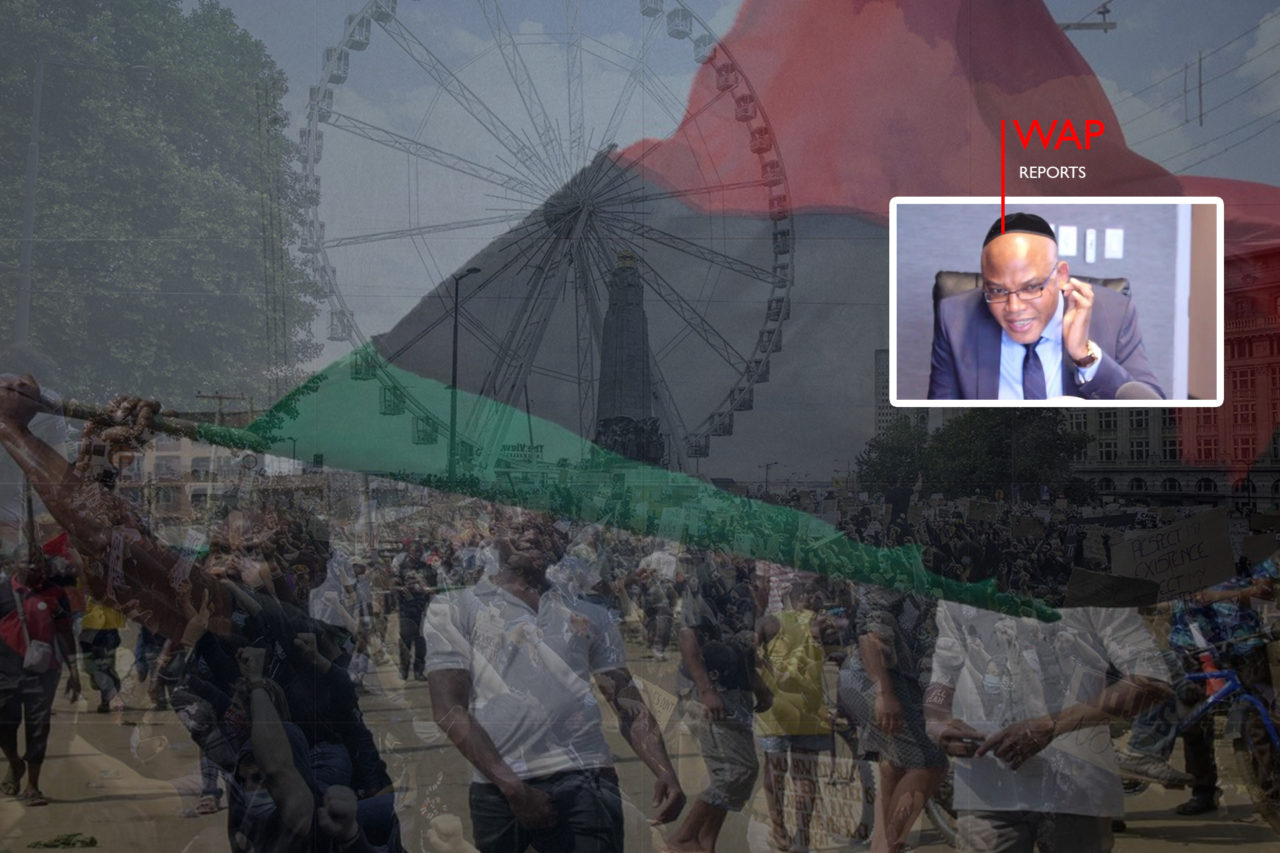 There is now a generation of Igbo youths who have never experienced sound political leadership and the same group of youths is faced with disappearing opportunities amidst suffocating economic realities.

The Indigenous People of Biafra – IPOB, led by Nnamdi Kanu who was arrested in Kenya and extradited to Nigeria to face alleged sundry charges bordering on terrorism, has apparently taken their agitation to the next level, as latest developments would suggest. Vocal on the nefarious activities of militant Fulani herdsmen who harass, invade and destroy farmlands as well attack and kill unsuspecting villagers in their ancestral homes across the Southeast,  IPOB has railed against all forms and semblances of injustices meted to Ndi Igbo, most times with pronouncements and radio broadcasts laced in strong separatist rhetorics which has so far endeared the group to members of its primary southeast target population.

Eastern Security Network – ESN, the militant arm of IPOB formed late 2020 was constituted basically for the purpose of fighting militant herdsmen across the Southeast. Between 2020 and September of 2021, ESN has gained remarkable reputation and popularity. Earlier around April 2021, there have been different attacks on security formations in the Southeast and this incidence has continued unabated and has led to the death of many security operatives whose guns were taken away by the assailants. The Owerri correctional facility was also invaded by gunmen and thousands of prisoners were freed. Coincidentally, supporters of IPOB showed no restraint in their solidarity with the activities of the gunmen who were christened “unknown gunmen”. In the confusion and silence on the magnitude of cascade and the speed with which the sophistication of Southeasterners are demystified, IPOB quickly gained even more grounds, while issuing sit-at-home orders at will, with corresponding threats to anyone who may wish to do otherwise. Since the time of early attacks by gunmen till date, the story has never been the same. The people live in tremendous fear and a web of uncertainty, while the government’s confusion has only escalated.

Decades of political leadership failure have played a major role in the unfolding crisis. There is now a generation of Igbo youths who have never experienced sound political leadership and the same group of youths is faced with disappearing opportunities amidst suffocating economic realities. The stake for them is really high, especially for many of them from poor or middle-income backgrounds, with no education and no skill. For the most part, the situation is a recipe for millions of Igbo youths to become outlaws, even criminals, while using the platform provided by IPOB to mount opposition against the state. Sadly, that is not with the intention to solve any problem, but with the intent to disrupt everything. Therefore, what is happening now is a deliberate disruption of everything in the Southeast and only but a prelude to much bigger trouble and this is why for those mounting guards for the disruptors, no amount of damage, be it a disruption of students writing national school certificate exams or burning multimillion goods loaded in a truck or killing kinsmen, constitute sufficient red flag. It just does not matter. They are willing to burn it all down; after all, they have no stake in the existing structures. This is the fundamental psychology of the ongoing crisis.

Decades of political leadership failure have played a major role in the unfolding crisis.

The regular sit-at-home order given as solidarity for the arrest and repatriation of Kanu is a mere smokescreen and of which appears to have become antithetical to the fundamentals of freedom fighting within the very context in which one supposes that by denying others within his group their own freedom, only then does his fight for freedom carry the precise message it ought to. Such an irony! Residents of the Southeast are mostly coerced into sitting at home to observe a more or less forced break in order to force the Federal Government to release Nnamdi Kanu. A recent report has projected that the zone has lost some billions of Naira in trade to the lockdown. In perspective, the lockdown is pure economic sabotage, but that is not all, as it is a contradiction to the very idea of freedom fighting. A fair knowledge of the Southeast economy will tell every discerning mind that obstruction of business activities mixed with the rising tension and security concerns is the biggest challenge any business and investment destination can be faced with. The thinking that self-inflicted damages such as this affect the government or will make the federal government release Nnamdi Kanu is completely faulty and at best baseless. What is however certain is that many businesses in the Southeast are suffering from the regular sit-at-home order, which although has been dismissed by IPOB, yet, some suspected members of the group go about enforcing same on behalf of IPOB, while the group’s online guard put up defense and justifications for the sit-at-home and its enforcement. So while IPOB says it has called off the sit-at-home, IPOB members defend the continued sit-at-home and the various uncharitable methods of enforcement.

Perhaps, the Southeast has never been this traumatized in recent times and once again, people are coming to terms with the fact that even a terrible government is better engaged than creating a parallel government. With the rise of discontent against government all over the world, there is also an increase in armed struggles, and with popular support against the government, non-state actors rise to compete with the government leading to major disruptions and wars, and destructions. A case in point is Libya and Syria, among others. And these must serve as enduring lessons in any sort of armed engagement against, or with the government. It never ends well. In the end, everyone becomes a victim; stripped of the commonest decent entitlement, basic rights, and the dignity of their person.

Admittedly, much of the issues IPOB makes against the federal government are justified in good conscience within the context of Igbo marginalization. But you cannot subject the same marginalized people to further internal marginalization to make your case. And as sure, you cannot coerce the marginalized people into releasing Kanu with regular sit-at-home, because it is not in their power to either hold or release him. With all these unfolding rather so quickly, I predict that the natural sequence of dialectics has set in on IPOB. In that very instance, it is likely that the organization is nearing its last days of existence. With the rising discontent against the group, the people themselves who have empowered it will oppose it and bring it down. But even this, may not be so easily the end because there may likely be violent contention arising from the fact those who have a stake in IPOB may mount formidable resistance to efforts to dismantle it leading to splinter groups or divided IPOB, with attendant consequences.

For the time being, Southeast political leadership must rise up and take a clear stand. There is a serious demand on them to show leadership and they must not fail this time. The people at this juncture have started to search for leadership again and here, now, is another opportunity to show that government is about the people. Between IPOB and the government, whoever makes this strategic move first, will rebuild the people’s trust.

eNaira: CBN to Own Major Stake in Bitt Inc.