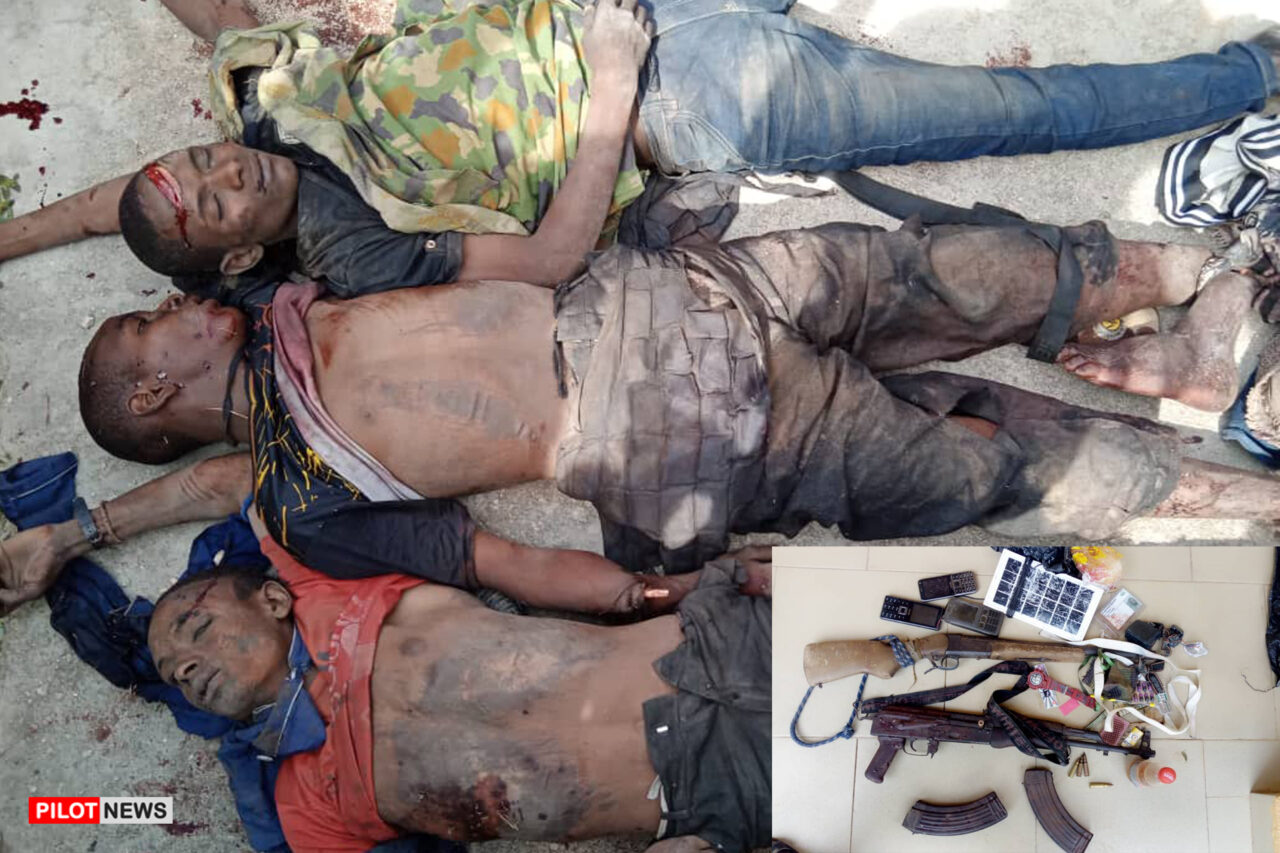 YOLA — Three suspected kidnappers have been killed in a gun duel with Police and the Hunters at Husa Mountain of Kulinyi district in Hong local government area of Adamawa state.

It was gathered that two other suspected kidnappers were arrested alive by the Hunters.

It was further learnt that before they encounter a member of the hunter called Ayaga who first sighted the kidnappers were shot on his thigh by the criminals.

According to Adamawa state Police Command Spokesman DSP Suleiman Yahaya Nguroje, the operation was carried out by the Command operatives attached to Kala’a Division and the Hunters on 11/5/2022.

The statement read in part: “The suspected kidnappers upon sighting our men engaged them in a gun dwell as a result three of them were neutralized, others escaped with bullet wounds while one Buba Umaru 25years, a resident of Kwajiga village was rescued unharmed.

“The outcome of these successes follow-up on a strategy designed by the command to checkmate cases bordering on kidnapping, armed robbery, Cattle rustling, unlawful possession of firearms, amongst others.”

The Commissioner of police in the state CP SK Akande, while commending DPO Kala’a, his men, and Hunters for disconnecting the crime network and gallantry performance displayed, directs other DPOs to do the same as a strategy for checkmating crimes and criminals in their areas of responsibility.

He called on the populace to always inform the police of the whereabouts of criminals and their hideouts, especially those on the run with bullet wounds.

The police Boss equally assured the Government and good people of Adamawa state, of the command’s commitment to keeping Adamawa state safe.