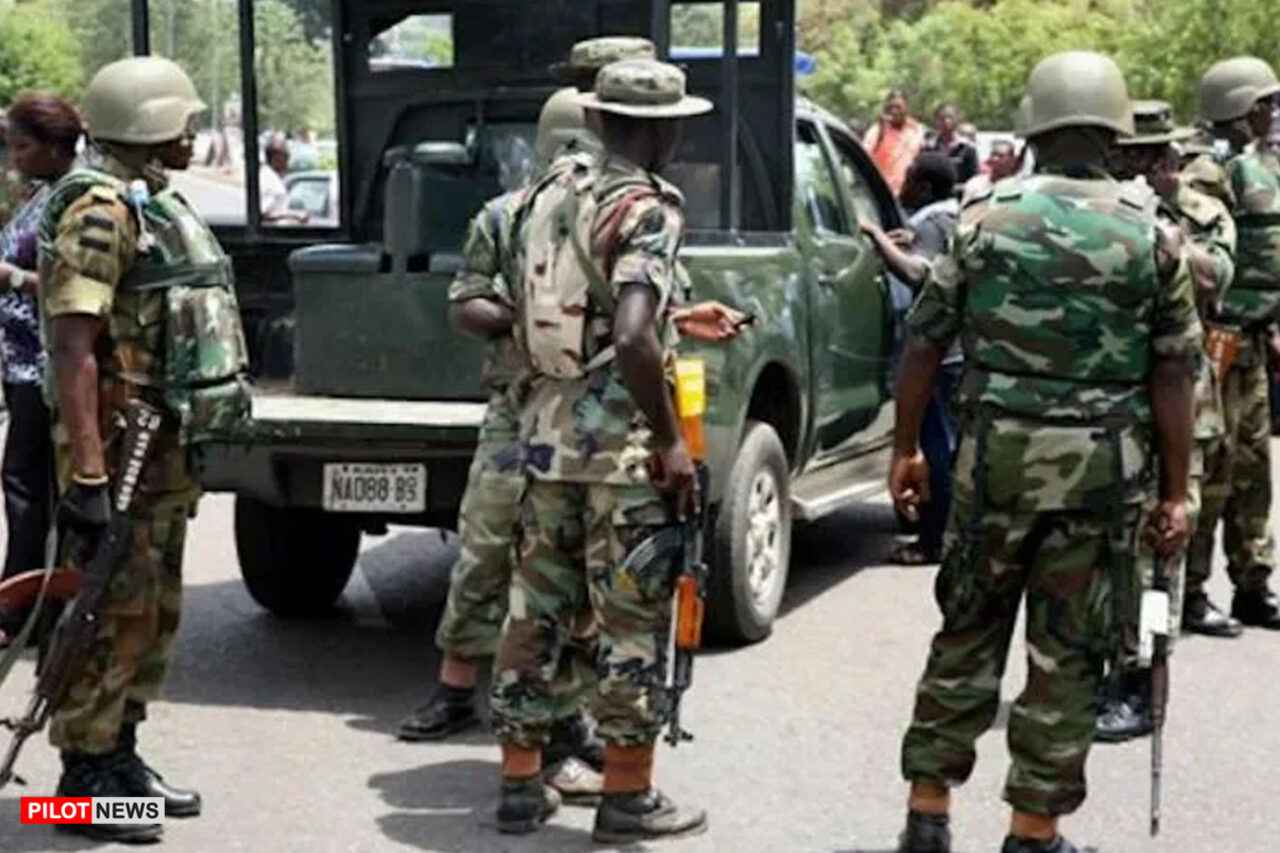 A protest by some Nigerian students against the 92-day-old strike by the Academic Staff Union of Universities (ASUU) was dispersed by men of the Nigerian Army on Tuesday in Akure, Ondo State.

According to reports, the students, who had gone out for a second-day protest in the state,  had blocked the Akure-Ilesa highway to register their plights over the protracted ASUU strike.

The protest, consequently, paralysed activities in the area, with several motorists and road users left stranded in the process.

The West African Pilot learnt that while the students were chanting solidarity songs, soldiers stormed the scene in their numbers with their guns, alongside a van being driven after them, and shot sporadically into the air to scare away the protesters from the road.

Footages of the incident circulated on social media show the protesting students, terror-stricken, running in panic amid the commotion.

Our correspondent gathered that though some students were injured during the stampede that followed, no life was lost.

ASUU had on February 14 declared a one-month warning strike to protest the non-implementation of its demands—the replacement of the Integrated Personnel Payroll Information System (IPPIS) with the University Transparency and Accountability Solution (UTAS) for the payment of its members’ salaries and other entitlements—by the federal government.

For over a week, students had protested across Nigeria over the industrial action, calling on the Federal Government to accede to the demands of the striking lecturers.