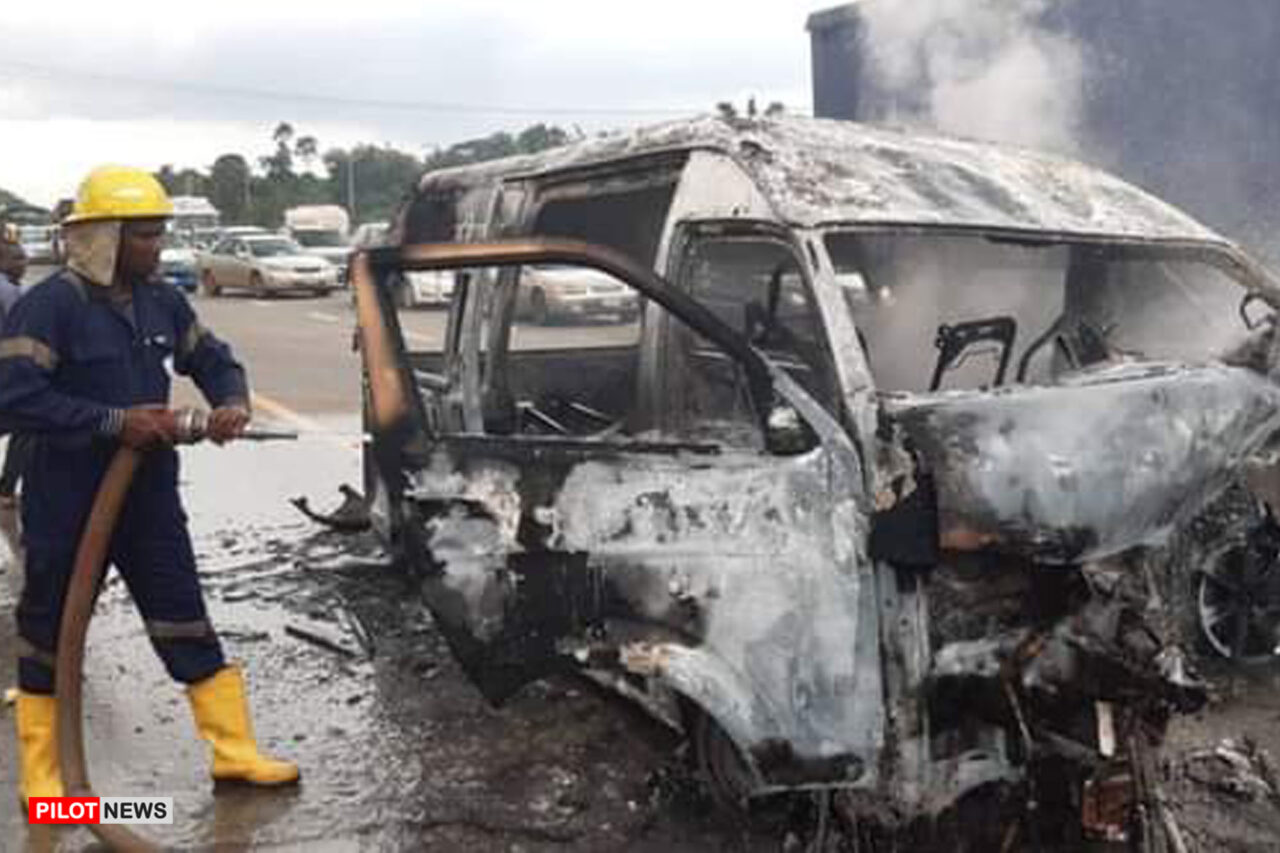 By Anastasia Mbabie (Staff Reporter)
Two-person said to be passengers in a commercial bus have lost their lives, after the vehicle they were traveling in was involved in a crash at Umuokpu, Awka, Anambra State.
A source said the commercial bus ferrying the duo crashed with another vehicle and burst into flame, leaving two persons dead, while other passengers escaped unhurt.
Anambra fire service confirmed the incident, saying that some of the vehicles involved in the crash would have been saved, save for the bad culture of motorists not giving emergency vehicles the right of passage.
Mr. Martin Agbili Chief Fire officer in Anambra said: “At about 1336hrs (1.36 pm) today Sunday 05-06-2022, Anambra State Fire Service, Awka, Nigeria received a distress call of fire outbreak at Enugu-Onitsha Expressway Umuokpu Awka, Anambra.
“The fire was caused by a road crash (accident) involving of Romchi mass Transit bus and a Lexus RX350 vehicle.
“We were able to fight the fire and extinguished it from spreading to other passing vehicles after so much delay at Amawbia flyover traffic.
“We would have saved a lot if not because of the chain traffic. People should learnt to give way for emergency vehicles, especially fire trucks.
“During the fire outbreak, two lost their lives while other passengers escaped the fire outbreak. We appreciate the prompt call of the public for this fire outbreak but we were delayed by traffic which made us not reach the fire scene in time,” Agbili stated.