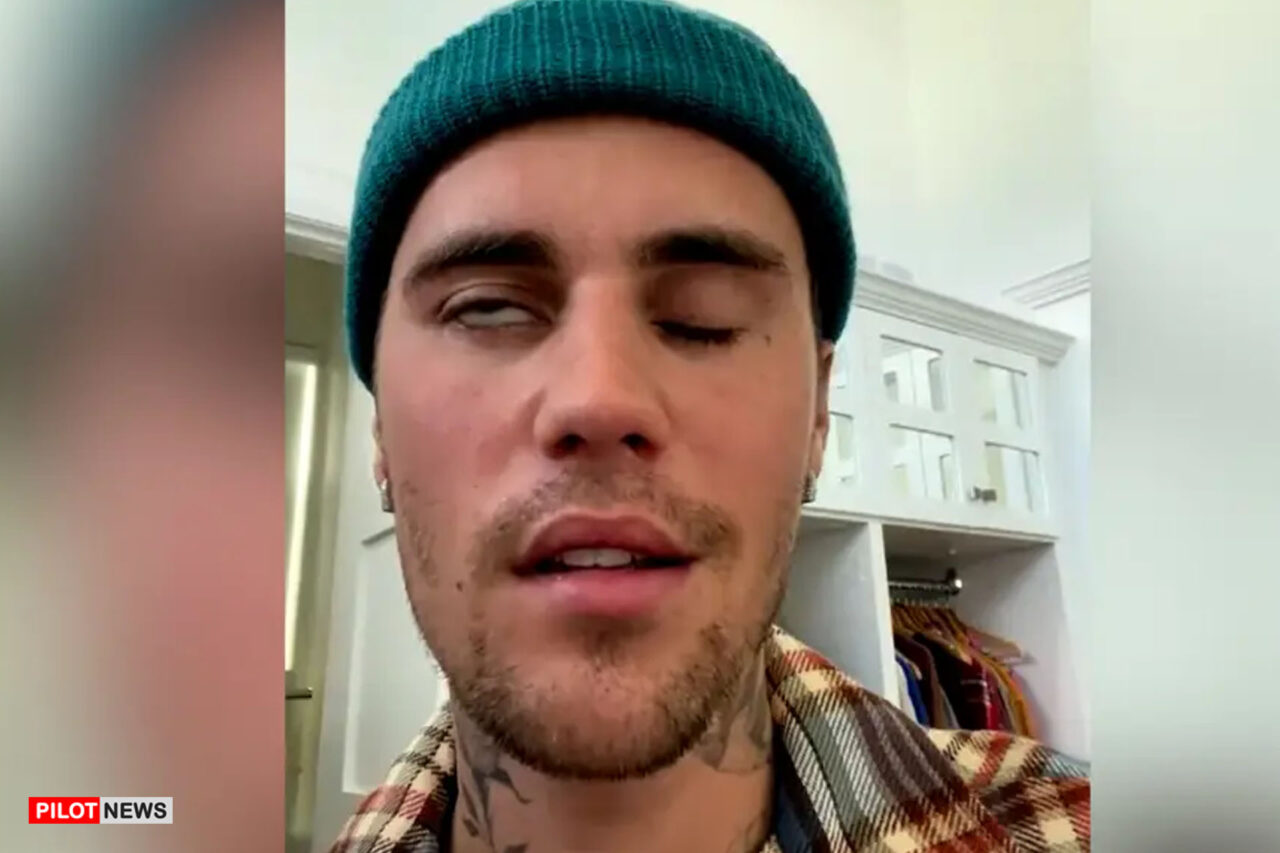 Popular Canadian singer, Justin Bieber, has revealed that he has Ramsay Hunt syndrome, a rare condition that has paralyzed half his face.

The 28-year-old pop star made the disclosure in a three-minute video on his Instagram page on Friday, explaining the medical condition to be the reason for the cancellation of his tour.

In the clip posted, Justin revealed the devastating outcomes of his diagnosis as he showed how his eye wasn’t flickering, can’t smile, and his nostril did not change positions all on the right side of his face.

“Hey everyone, Justin here. I wanted to update you guys on what’s been going on. Obviously, as you can probably see from my face, I have a syndrome called Ramsay Hunt syndrome and it is from this virus that attacks the nerve in my ear and my facial nerves and has caused my face to have paralysis,” he explained.

The Peaches singer had announced Wednesday that he would be postponing the remaining shows of his seven-leg, 130-date Justice World Tour due to a health issue that was yet to be known then.

Taking to Instagram on Friday, however, Bieber told fans that “my heart breaks that I will have to postpone these next few shows—doctors orders” because he is “physically obviously not capable of doing them”

Bieber also revealed that he was practicing facial exercises as part of his healing. “I gotta go get my rest on,” he said, “so I can get my face back to where it’s supposed to be.”

He also expressed optimism that he would get better, adding that “It’s just time and we don’t know how much time it’s gonna be, but it’s gonna be OK. I have hope and I trust God and I trust that this is all for a reason.”

What you need to know about Ramsay Hunt Syndrome

Since it’s caused by the same virus that causes chickenpox, it means it only occurs in people who have had chickenpox.

The varicella-zoster virus can linger in your body for your entire life, even long after you have recovered from chickenpox, and is harmless unless it is reactivated, usually because of stress. Once the virus is reawakened, it starts to irritate and inflame the nerves in your face. This causes a painful rash called shingles.

The outbreak of the shingles affects the facial nerve near one of your ears and can result in paralysis. This facial paralysis is called the Ramsay Hunt Syndrome.

The illness, more common in older people, affects men and women equally and can result in paralysis on one side of the face and painful, blistering rashes. In addition to facial paralysis, it can cause hearing loss. The hearing loss and facial paralysis though temporary, can, nevertheless, come to be permanent.