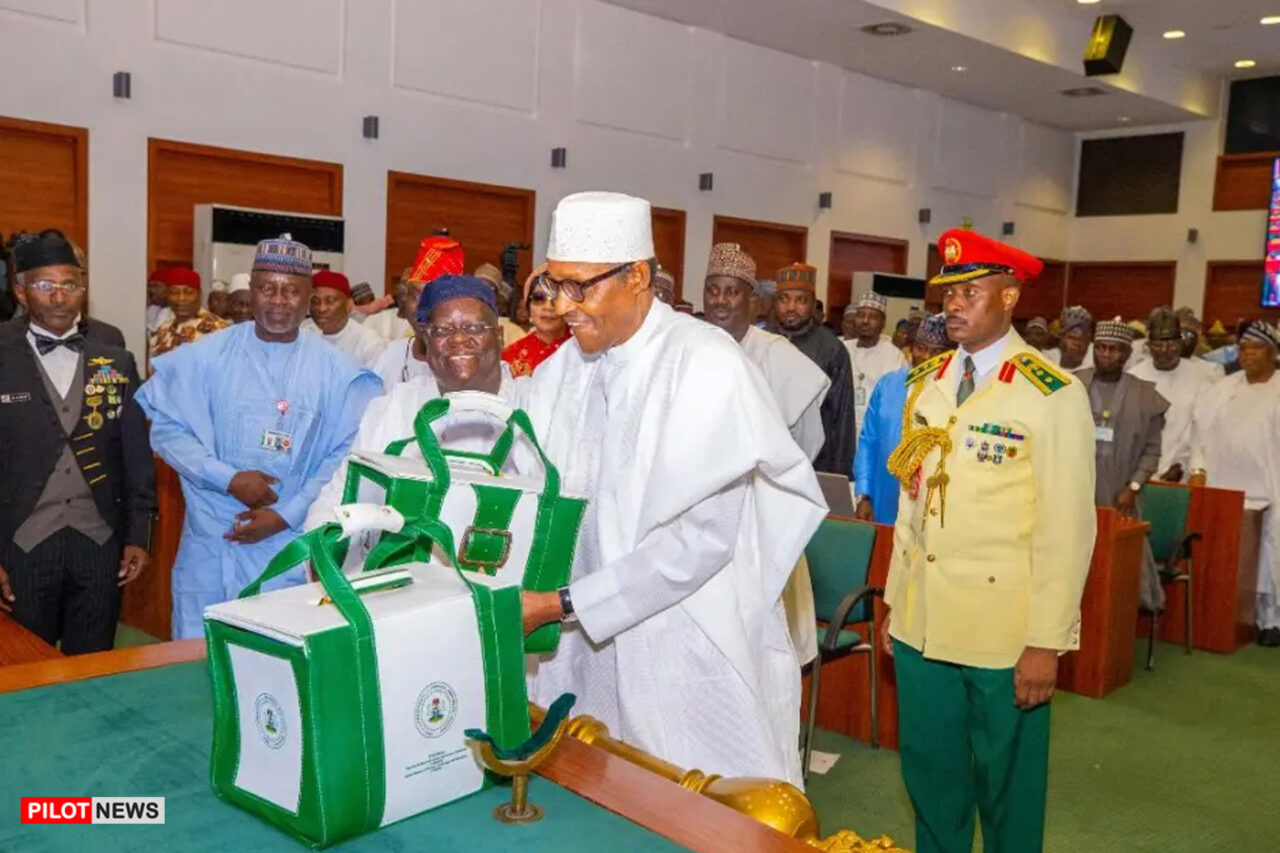 ABUJA — President Muhammadu Buhari Friday presented a budget proposal of N20.51 trillion naira to the joint session of the National Assembly in Abuja, which he referred to the 2023 Appropriation as a “budget of fiscal sustainability and transition before he leaves office in May next year.

Addressing the session, the President described the oil subsidy regime as grossly unsustainable in the current reality of low revenues occasioned by oil theft and insecurity.

President Buhari, however, said a safety net would be provided for the vulnerable members of the society to cushion the effects of the policy of subsidy removal.

According to him, the Government notes with dismay the crisis that has paralyzed activities in the public universities in the country.

“We expect the staff of these institutions to show a better appreciation of the current state of affairs in the country. In the determined effort to resolve the issue, we have provided a total of 470.0 billion in the 2023 budget from our constrained resources, for revitalization and salary enhancements in the tertiary institutions.’’

The President stressed that the Government alone cannot provide the resources required for funding tertiary education.

“In most countries, the cost of education is jointly shared between the government and the people, especially at the tertiary level. It is imperative therefore that we introduce a more sustainable model of funding tertiary education.”

He explained that Government remains committed to the implementation of agreements reached with staff unions within available resources, noting that it remains resolute that they will not sign any agreement that would be unable to implement.

The president said individual institutions would be encouraged to keep faith with any agreement reached in due course to ensure stability in the educational sector.

On security, the president gave an assurance that insecurity, especially banditry and kidnapping, will be significantly curtailed before the end of his Administration.” We will redouble our efforts to ensure we leave a legacy of a peaceful, prosperous, and secure nation.”

In the health sector, President Buhari said the Government intends to focus attention on equipping existing hospitals and rehabilitating infrastructure. Emphasis will also be on local production of basic medicines/vaccines.

“As human capital is the most critical resource for national development, our overall policy thrust is to expand our investment in education, health, and social protection.’’

On women empowerment, President Buhari explained that to harness the potential of all Nigerian women and enable them to productively contribute to the economy, the government will continue to prioritize women’s empowerment programs across various MDAs in 2023.

The president also affirmed that Government is concerned about the high food prices in the country and various measures are being implemented to address structural factors underlying the issue.

He noted the government will step-up current efforts aimed at boosting food production and distribution in the country.

On Safe Schools Policy, the president said Nigeria ratified the Safe Schools Declaration in 2019 and is committed to the effective implementation of Safe Schools Policy, explained that a total of 15.2 billion Naira has been specifically provided in the 2023 Budget to scale up current measures to provide a safer and conducive learning environment in schools.

According to the 2023 Revenue Estimates,  the President, total federally-collectible revenue is estimated at 16.87 trillion Naira in 2023.

The 2023 Appropriation Bill aims to maintain the focus of MDAs on the revenue side of the budget and greater attention to internal revenue generation. Sustenance of a revenue diversification strategy would further increase the non-oil revenue share of total revenues.

He noted that the Government would develop projects that are good candidates for Public Private Partnership (PPP) by their nature for private sector participation.

The breakdown of the 20.51 trillion Naira comprises: