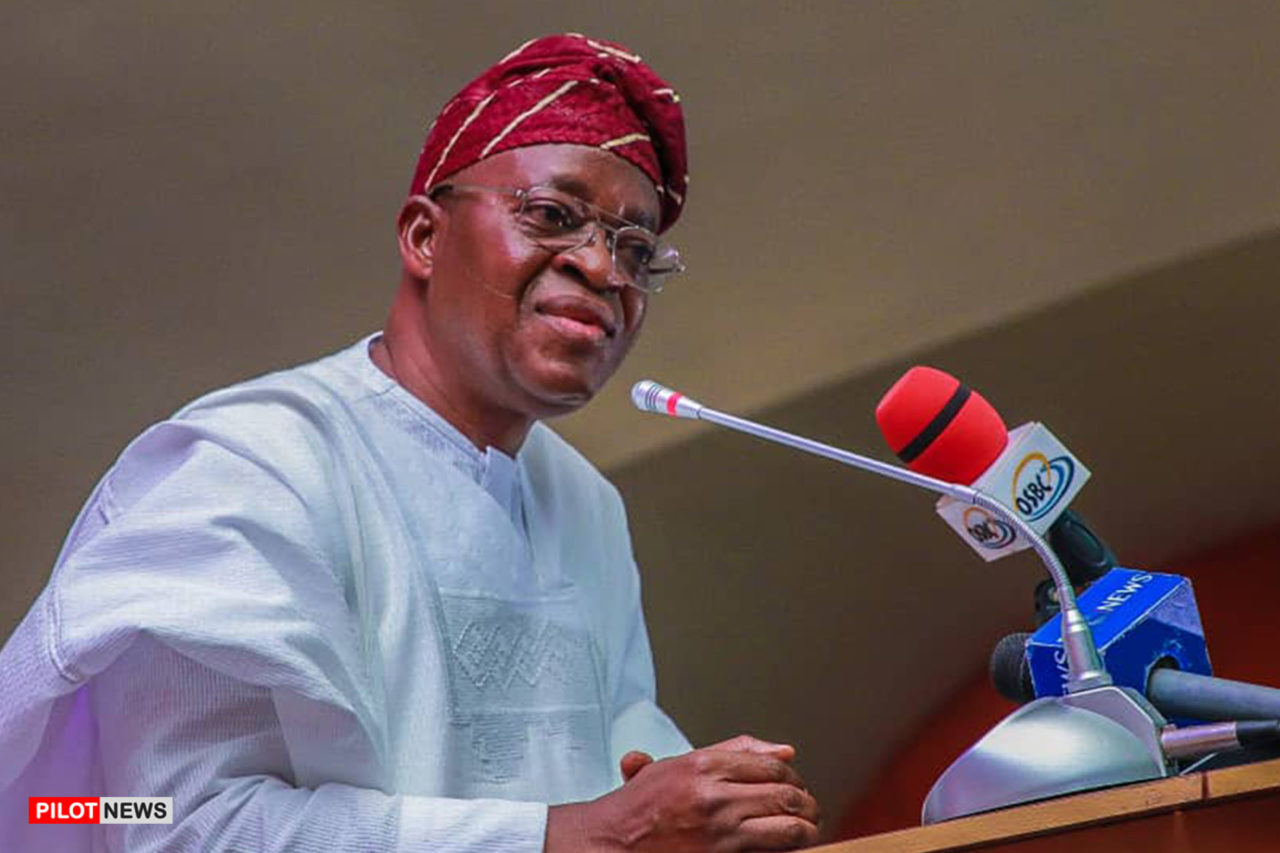 The former governor of Osun, Gboyega Oyetola, has said he is leaving N14 billion in the state’s coffers despite not taking a loan during his tenure.

This was stated in Oyetola’s farewell message on Sunday, issued by Ismaila Omipidan, his spokesperson.

According to him, his administration paid N97 billion from the total debt inherited in 2018 when he assumed office.

He further said his administration did not borrow any money to finance the state’s economy, adding that he is leaving behind cash of over N14 billion.

“We are leaving behind a cash balance of more than N14 billion. In addition to the N14 billion cash, another N8 billion is expected between December and January 2023 from our performance in States Fiscal Transparency, Accountability and Sustainability programme

“For four years, we did not take any bank loan. We benefited from the N3 billion monthly interventions by the federal government to all the states for six months to cushion the effect of deductions from the budget support facility, and salary bailouts taken by the previous administration.

“As I step aside today following the conclusion of the four-year tenure you freely gave me, I thank God and I thank the people of Osun for your support, cooperation and prayers over the years.

“I recall how the journey began four years ago; how by your belief in me and your conviction in the plans and programmes of our party, the All Peoples Congress (APC), you exercised your right to vote for me.

“As we draw the curtains on this first tenure, we are convinced that we neither reneged on our promise nor disappointed you. We kept faith with you and maintained fidelity with our electoral promises.”