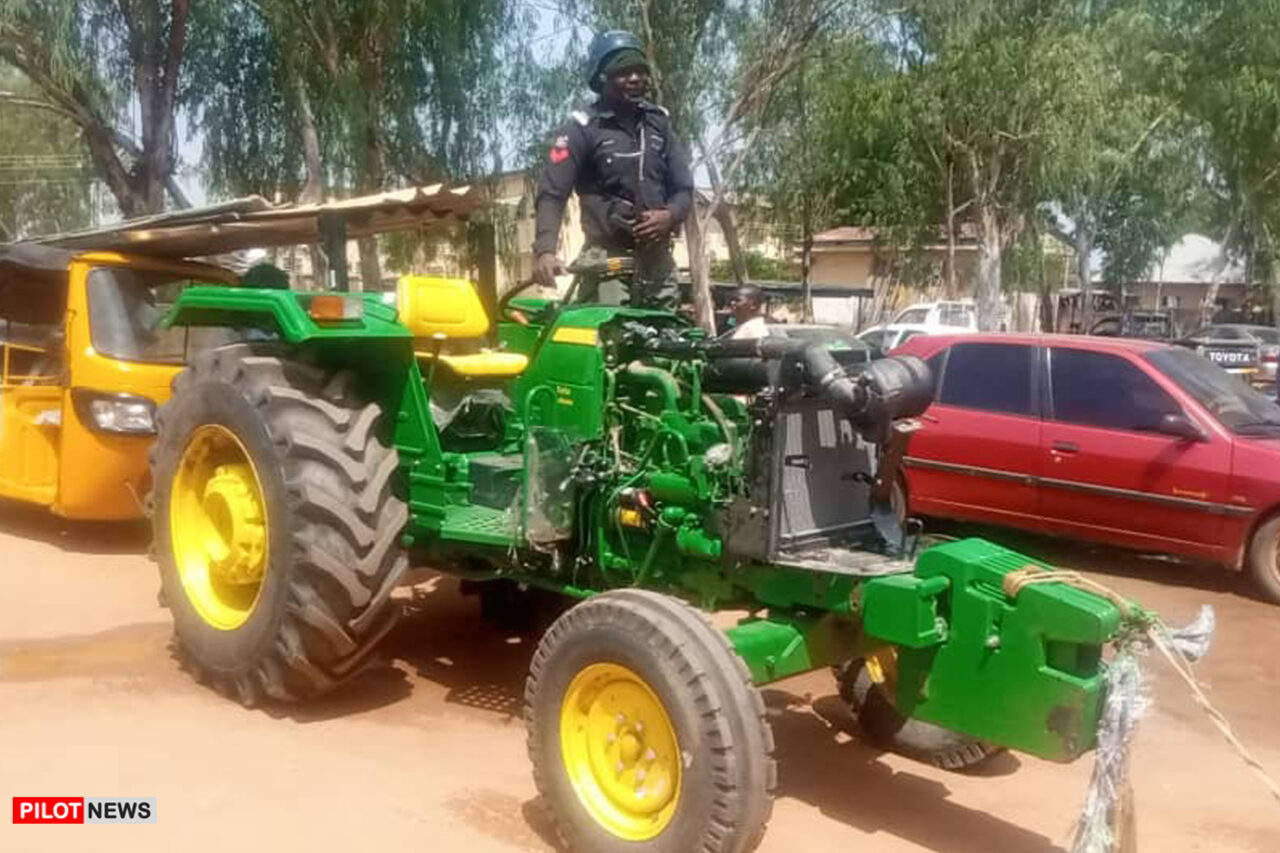 Adamawa State Government Recovery Committee of Looted Items says about 70 to 80 percent of public and private items looted by hoodlums in state have been returned.

The chairman of the recovery committee of looted items,  who is also the Secretary to Adamawa State government Mallam Ahmad Bashir  dropped the hint   when members of the Adamawa State house of assembly Ad-hoc committee on assessment of public and private warehouses/offices vandalized during the #EndSARS protests paid him a courtesy call at his office after rounding off their assignment.

The ad-hoc committee was set of by the speaker of the state house of assembly, Rt. Hon Aminu Iya Abbas to ascertain the level of damage and destruction wrought by the unruly protesters.

Bashir told the committee that in the wake of the protests, the state government had constituted a committee to collect and warehouse items willingly returned by those who looted them.

He told the lawmakers that he had a chat with the Deputy Commissioner of Police Operations who is in charge, and assured him that he will make a comprehensive list of the recovered items and forward to him probably next week.

He expressed happiness with the level of compliance on the part of those who looted the items culminating in the high level of success so far recorded noting that such gesture was unprecedented.

He explained that going by his committee’s assessment, almost 70 to 80 percent of the items have been returned, saying that NECAS which is one of the organisation that lost 108 tractors, was able to recover 105 tractors in various forms and shapes.

Bashir stated further that based on the record, some of the tractors are intact, while some of them are cannibalised beyond repair, and that the organisation’s technical personnel are working on them.

In his speech, chairman  of the ad-hoc committee, Hon. Japhet Kefas (Gombi state constituency) said his committee has gone round the affected facilities and will submit its findings very soon.

Kefas, said that the house had condemned the destruction caused during the protest, saying it is unacceptable even as he said proactive measures will be taken to prevent future occurrence of the ugly situation.

He informed him that his committee deemed it imperative to visit his office being the chairman of the state recovery committee so as to be furnished with relevant information/documents to that effect to enable them file their report.