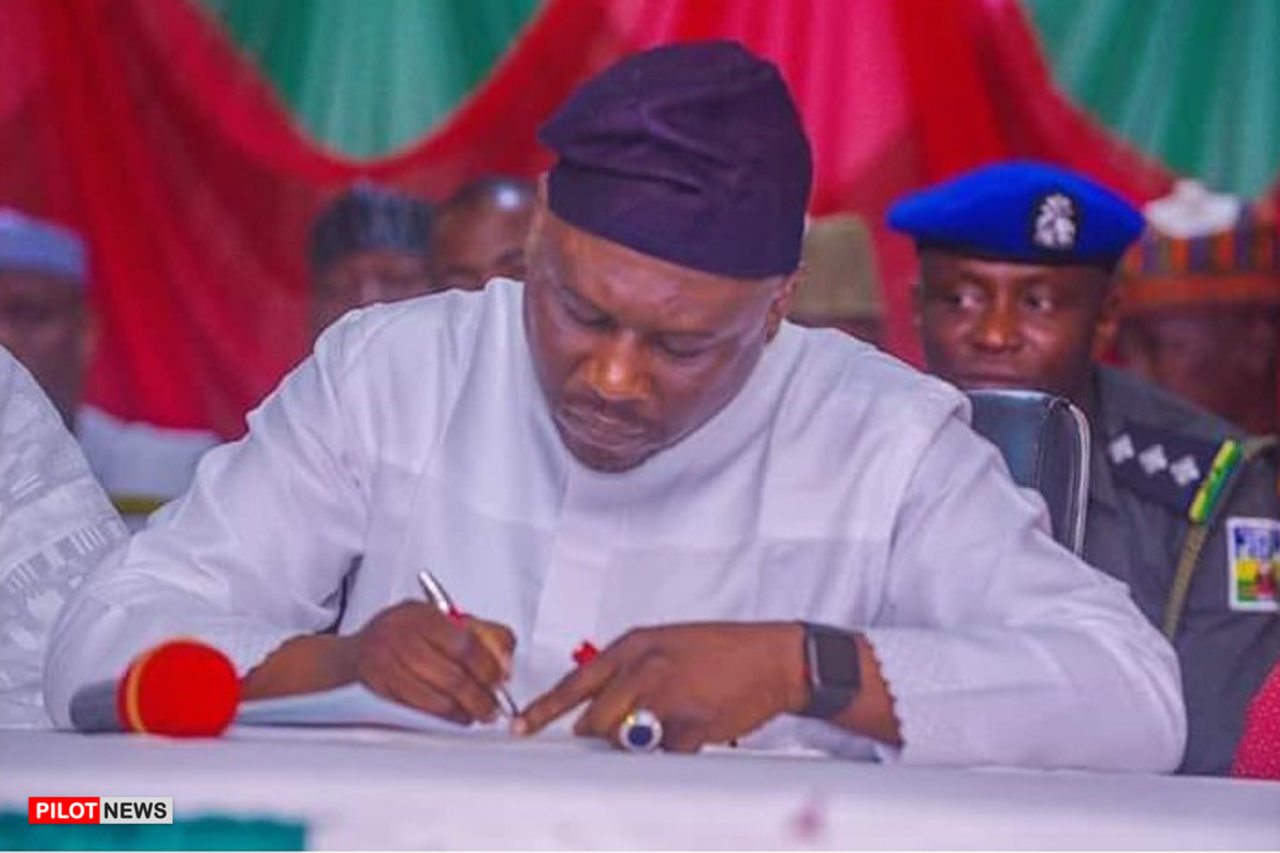 ABUJA — The European Union (EU) and United Nations (UN) agencies in Nigeria have lauded Gov. Ahmadu Fintiri of Adamawa for the passage of the Violence Against Persons Prohibition (VAPP) Bill into law in the state.
The congratulatory message is contained in a statement signed by Mr. Edward Kallon, UN Resident Coordinator, Nigeria in Abuja.

According to the EU and UN,  with the passage of the VAPP law, women and girls in the state are now better protected by law from abuse and harmful practices.

The international agencies commended the effort of the State Assembly, Civil Society Organisations (CSO) and all stakeholders who were instrumental to this process.
It said that the efforts of these grassroots organisations as well as the political will of the Executive and Legislative arms were what resulted in the milestone passage of the law.
The agencies said that the important landmark reflects the state’s commitment to ensuring dignity and justice to vulnerable members of society.
Also to Mr. Alexandre-Borgis Gomes, Deputy Head of EU delegation to Nigeria, as saying the EU is committed to supporting the state as it prepares for enforcement of the law.
The agencies urged stakeholders in the advocacy of women’s rights, including the media to sustain efforts around the dissemination of the provision of the law.
The EU and UN also urged stakeholders to support the translation of the law into an instrument of change and development for the State as well as greater women’s human rights and economic empowerment.
Ms. Hadiza Dorayi, National Coordinator, Spotlight Initiative, as saying, UN and EU had mainstreamed gender into all its financial commitments and instruments, with allocations through the Spotlight Initiative and other projects.
She said that the projects were aimed at empowering women and girls to achieve gender equality.
Dorayi reiterated UN and EU continuous support, cooperation and to continue to work with Adamawa government towards gender parity.
“We use this opportunity to encourage states that have not yet passed the VAPP law to do so as a way of prioritising the achievement of Sustainable Development Goals (SDG) five on women’s rights and empowerment.
“Access to Justice is a critical element that would be essential to the success of the VAPP law.  It is time to finally put an end to the continuing culture of silence and impunity.
“There is need to ensure that perpetrators of violence are severely punished according to the provisions of the Act and all relevant stakeholders are held accountable towards ensuring the implementation of the law,” Dorayi said.