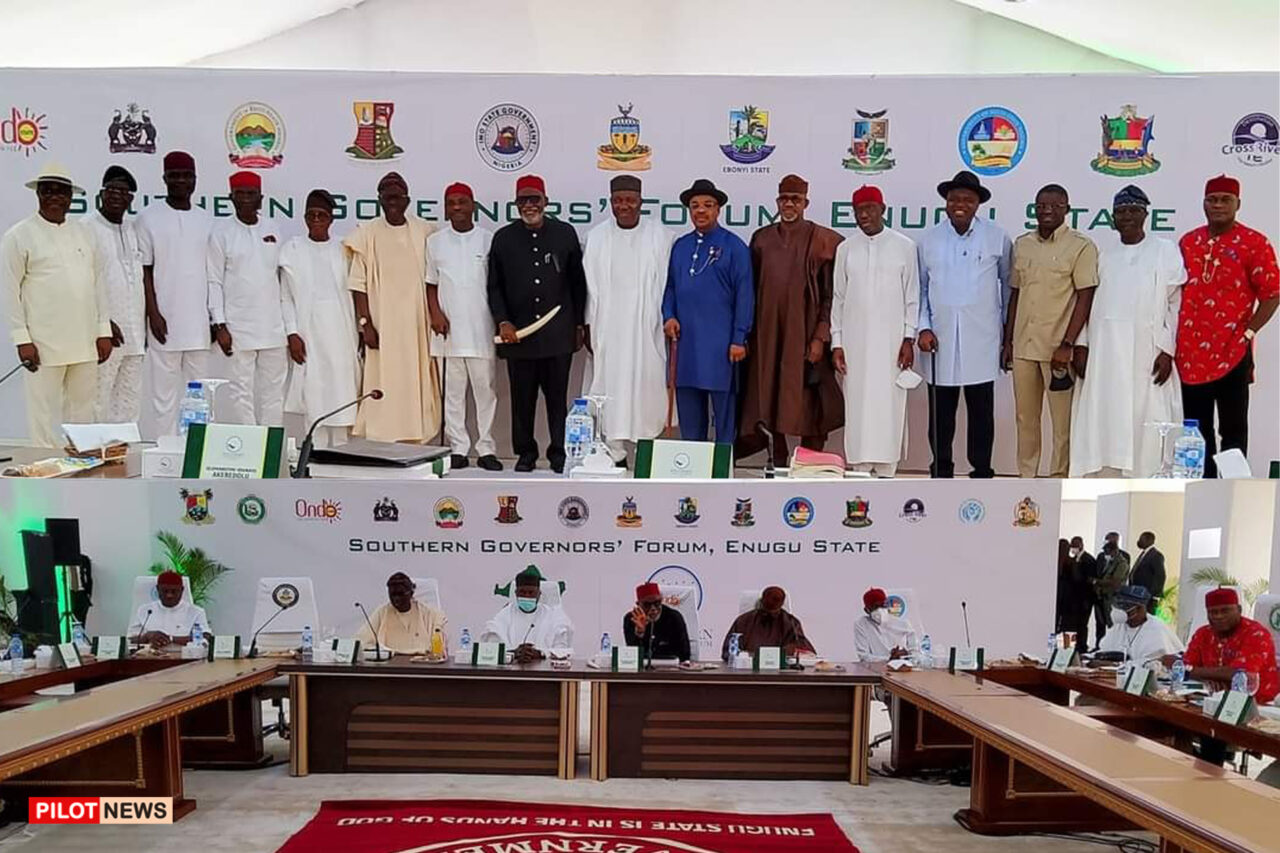 ENUGU — Governors of States in the Southern region of the Federal Republic of Nigeria has reaffirmed their earlier commitment to fiscal federalism as resolved at the inaugural meeting of the Southern Governors’ Forum held on Tuesday, 11th May 2021 at Asaba, Delta State; they resolved that power to collect Value Added Tax, VAT, be vested on the states.

In a communiqué issued at the end of the meeting on Thursday in Enugu State Government House, the forum expects her member states to leverage on the legislative competence of their respective Houses of Assembly as well as their representatives in the National Assembly to further pursue inclusion of their position in the Nigerian Constitution through the ongoing constitutional amendment.

Expressing satisfaction at the rate at which her member States are enacting or amending the Anti-Open Grazing Laws to align with the uniform template and aspiration of the forum, they also encouraged States yet to comply to do so.

On the issue of zoning of the presidency, the forum posits that in line with politics of equity, justice, and fairness, the next President of Nigeria must come from the Southern region of Nigeria in 2023.

They also encouraged full operationalization of the regional security outfits, expressed satisfaction with the handling of issues around the Petroleum Industry Act (PIA) and ownership of Nigerian National Petroleum Corporation (NNPC) by the larger Nigerian Governors Forum.

And expressed gratitude to the host Governor, Ifeanyi Ugwuanyi, and chose Rivers State as the next venue for the Forum’s meeting in November 2021.

Prof. Ugboaja Receives Grand Reception as the CMD of NAUTH