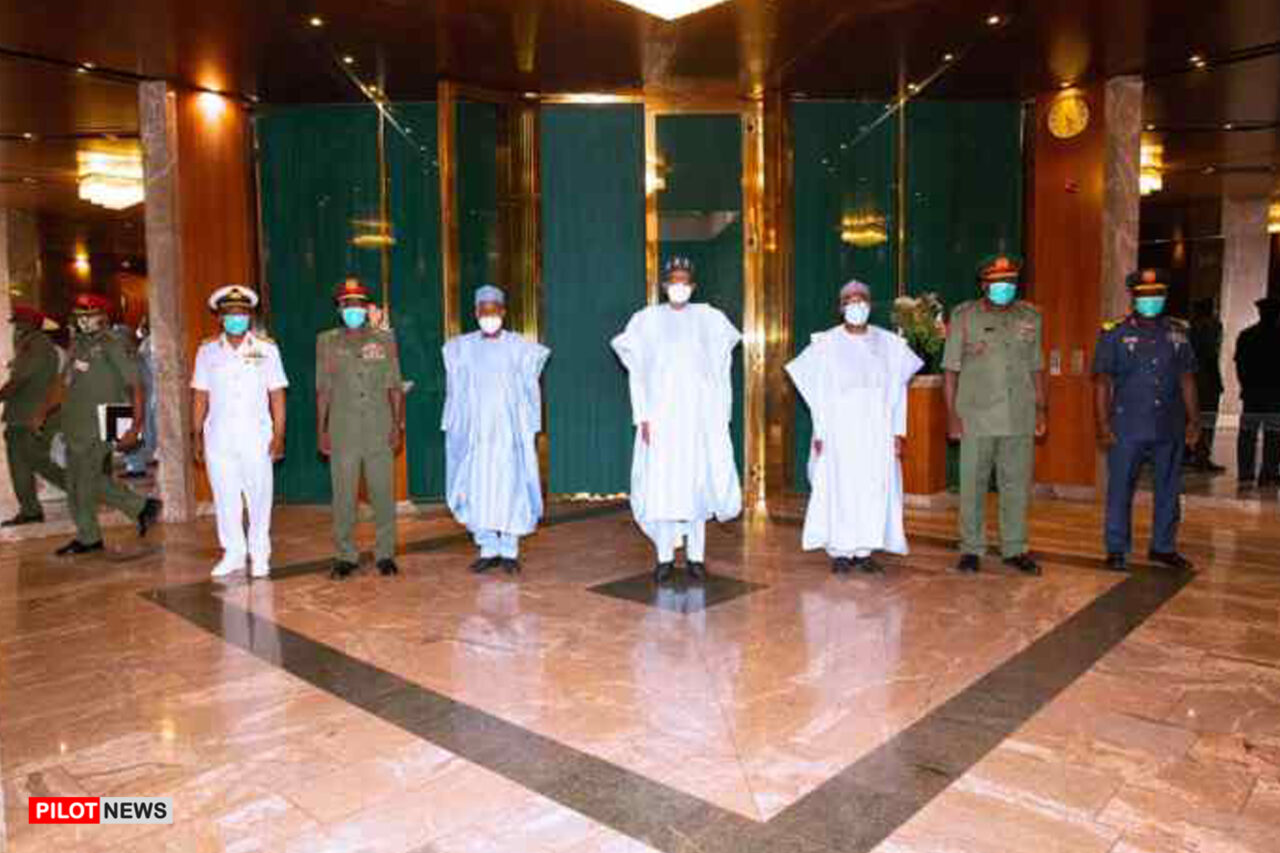 ABUJA — The Armed Forces on Thursday supported efforts to mobilise more support for the war against illicit drug trafficking and abuse in the country.

A statement by the Spokesperson of the NDLEA, Femi Babafemi, said military chiefs made the commitments when the Chairman/Chief Executive of the agency, Brig. Gen. Mohamed Buba Marwa (retd.), led a team of his management officers to pay them advocacy visit at their Headquarters in Abuja.

While meeting with the Chief of Defence Staff, Marwa commended the Armed Forces for their sacrifice, patriotism and gallantry to keep the nation safe and secure.

He expressed the agency’s appreciation of the collaboration and support from the military.

He said the visit was to seek more ways to strengthen the existing partnership with the Armed Forces.

“There’s no doubt that illicit drugs fuel and enhance criminalities, hence the need for more collaboration, a partnership that is mutually beneficial because when the problem of drugs is taken out of the security challenge equation, the military will have less to do in tackling terrorism, banditry and kidnapping,” he stated.

He called for the adoption of drug tests within the services and more support in the areas of intelligence sharing, training, logistics and operational backup.

Irabor commended Marwa for his laudable achievements within a short time of assuming leadership of NDLEA.

While stating that the military is willing to accede to Marwa’s requests, the Chief of Defence Staff said “the work of NDLEA needs to be sustained and supported because we’ll have less to contend with if the drug issue is largely resolved and taken care of.”

Speaking in the same vein, the Chief of Army Staff noted that “we’ve always supported NDLEA and will continue to do so because we’ll like to be associated with the successes you are recording in the Agency.”

He added that drug trafficking is a grave one and offenders deserve stiffer punishment to serve as deterrence.

He assured that there’s a standing instruction to army formations to always support NDLEA operations.

Similar promises were made by the Chief of Naval Staff and Chief of Air Staff who both promised logistics support in the areas agreed upon as well as collaboration.