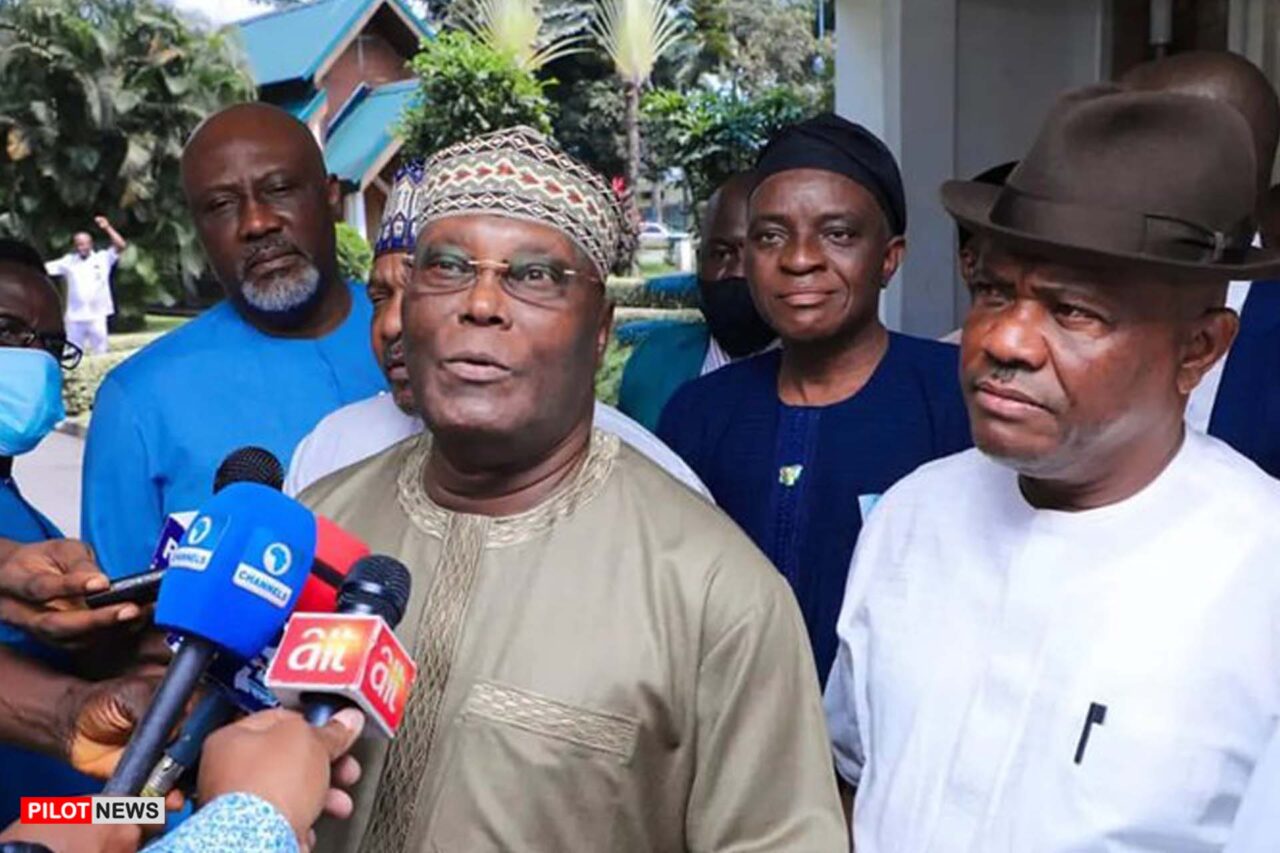 ABUJA — The presidential aspirant of the People’s Democratic Party (PDP), has met with his close rival in the just concluded presidential primary of the party and Governor Rivers State, Nyesom Wike.

Monday’s meeting was held at Wike’s residence in Abuja, hours after Atiku defeated him for the party’s presidential ticket.

“In continuation of my commitment to bring everyone on board in ensuring that the @OfficialPDPNig stands as one united party, earlier today, I visited His Excellency Gov Nyseom Wike at his Abuja residence,” Atiku tweeted. “This is a continuous process.”

Further details about the meeting were still sketchy as of the time of publishing this report. It is, however, believed to be part of moves to reconcile the duo ahead of the presidential election billed for next year.

The meeting also had several PDP chieftains in attendance including a former governor of Ekiti State, Ayodele Fayose, who was one of the contenders in the election held on Saturday.

Governor Emmanuel Udom of Akwa Ibom (38), Bala Mohammed of  Bauchi (38), a former Secretary to the Government of the Federation (SGF), Anyim Pius Anyim (14), Mrs. Tari Diana Oliver (1), and Sam Ohuabunwa (1) shared the rest of the votes.

Minutes before the commencement of the election at the Moshood Abiola Stadium in Abuja, Governor Aminu Tambuwal of Sokoto State had withdrawn from the presidential challenge, asking his supporters to back the former Nigerian vice president.

He said the move followed consultations with his associates and described it as a “patriotic conclusion”, just the same day another aspirant, Mohammed Hayatu-Deen, backed down from the race.

Following his victory on Saturday, Atiku berated the ruling All Progressives Congress (APC), claiming the party ruined the gains made by the PDP.

While he said insecurity is on the rise, the Adamawa politician also lamented the state of the economy.

He, however, promised to unite Nigerians and give every part of the country a sense of belonging.

“I pledge to unify this country,” he said in his victory speech. “That’s why I refer to myself as a unifier.

“The reason why I feel that unity is important is because APC has disunited Nigerians completely. I will work to restore unity and bring a sense of belonging to all Nigerians.”