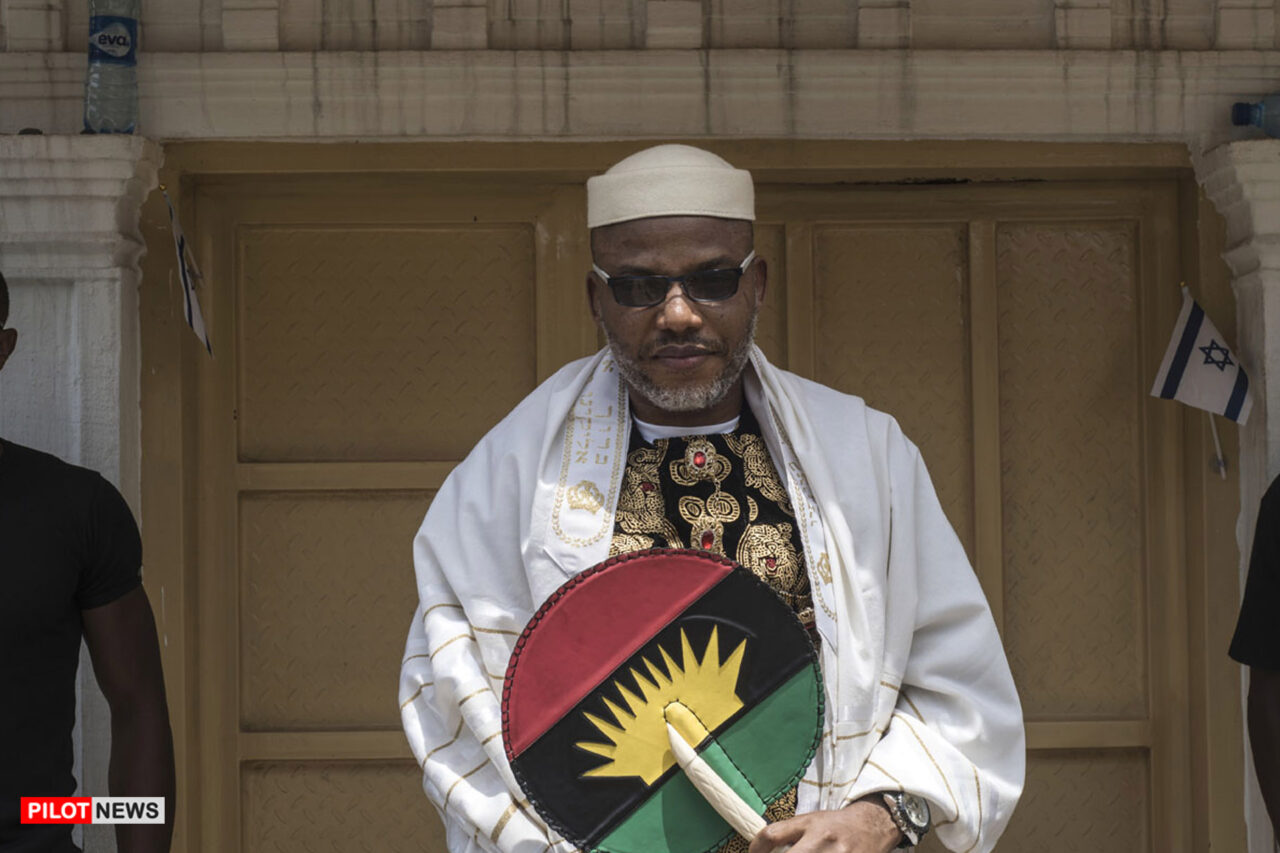 The United Kingdom (UK)’s guide for the support for British Nationals has revealed that the Queen’s country cannot get nationals out of prisons abroad.

The document has, therefore, dashed the hope of Kingsley Kanu, a brother of the detained leader of the proscribed Indigenous People of Biafra (IPOB), Nnamdi Kanu, who has called on the UK Government to secure the release of his sibling.

Kanu, who was born on September 25, 1967, holds both Nigerian and British passports. Following his rearrest on Sunday and extradition from a foreign country, he was arraigned before Justice Binta Nyako of the Federal High Cout in Abuja on Tuesday for terrorism-related charges. He has since been remanded in the custody of the Department of State Services.

Kanu’s brother, who said his sibling was intercepted in East African country, Kenya, has then called on the British government to secure his release.

“The British High Commission in Nigeria must insist upon my brother’s immediate release. They must guarantee his safety and security.

“Nnamdi Kanu must be returned home to the UK to his wife and his sons who live here. The Foreign Secretary, Dominic Raab, must make clear to the Nigerian authorities that they will not tolerate the unlawful detention of British citizens and that the UK Government condemns the Nigerians and Kenyans for undermining the rule of law.

“Foreign Secretary, Raab must be clear. There will be consequences for those who resort to extraordinary rendition. The British Government must insist upon justice for Nnamdi Kanu,” Kingsley had said.

According to the Head of Communication of the British High Commission in Abuja, Dean Hurlock, the British Government is ready to provide “consular assistance” for the secessionist leader and “currently in the process of seeking clarification from the Nigerian government about the circumstances of the arrest”.

For better clarification on “consular assistance”, the British official has referred to the UK Manual on ‘Support for British nationals abroad: A guide’.

The document partly read, “We can offer you information about the local prison or remand system, including visiting arrangements, mail and censorship, privileges, work possibilities, and social and welfare services. We can also explain where there are different regulations for remand prisoners and sentenced prisoners. For example, in some countries, prisoners are allowed to send more mail when they are on remand.

“We cannot get you out of prison or detention, nor can we get special treatment for you because you are British. If however you are not treated in line with internationally accepted standards we will consider approaching local authorities. This may include if your trial does not follow internationally recognized standards for a fair trial or is unreasonably delayed compared to local cases.

“With your permission, we can consider taking up a complaint about ill-treatment, personal safety, or discrimination with the police or prison authorities.

“Consular staff will keep in regular contact with you, either by visiting personally or by telephone/ letter. The frequency of visits will depend on local prison conditions and your personal circumstances.”

“If you are a dual British national in the country of your other nationality (for example, a dual Nigerian-British national in Nigeria), we would not normally offer you support or get involved in dealings between you and the authorities of that state. We may make an exception to this rule if, having looked at the circumstances of the case, we consider that you are vulnerable and we have humanitarian concerns.

“We would not normally attend a court case involving a British national, and we cannot influence the outcome of any trial,” it added.

For years, Kanu had been running a quest for the secession of the South-East geopolitical zone of Nigeria.

In September 2017, the Nigeria Government outlawed IPOB and declared that the activities of the group constituted an act of terrorism and illegality.

Before then, Kanu was arrested and jailed but released from the Kuje Prison in Abuja after meeting bail conditions. The secessionist later jumped bail and fled the country. He started operating overseas before he was reportedly captured on Sunday.

The IPOB leader had also formed the Eastern Security Network (ESN) which the police have accused of being the masterminds of attacks on police stations, prisons, and symbols of democracy in South-East Nigeria, but Kanu had denied the allegations.

Before jumping bail in 2017, Kanu was facing 11 charges which included terrorism, treasonable felony, managing an unlawful society, publication of defamatory matter, illegal possession of firearms, and improper importation of goods.

The case has been scheduled for July 26 and July 27 2021 for resumption of trial while Kanu has been remanded with the Department of State Services.

Athlete Urges Stakeholders in Bayelsa, to Support the Young to Achieve their Potential