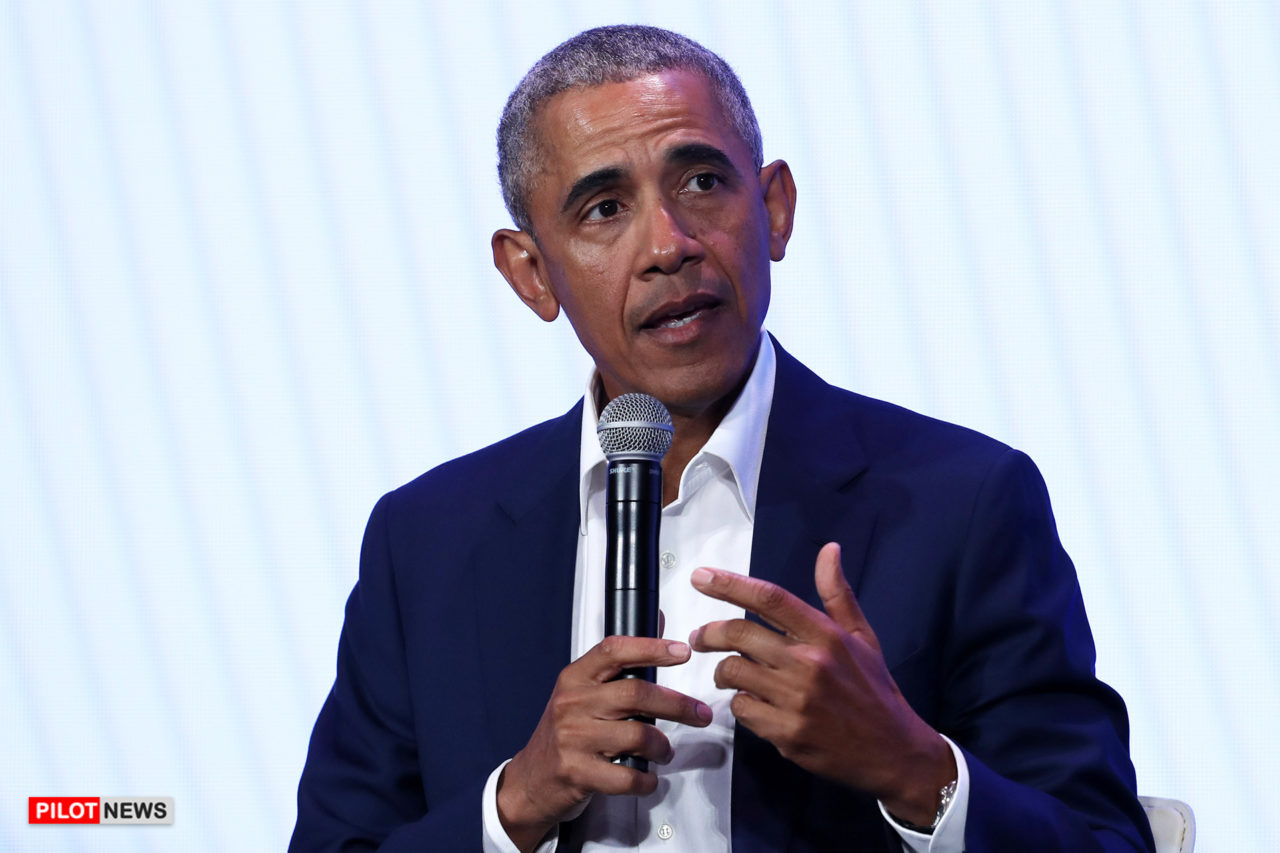 A video with the inscription “We were practicing and suddenly Obama turned up” has surfaced online.

The Former President of the United States, Barrack Obama, was seen standing at a spot, with his gaze fixed on a group of singers singing a melodious song. The expression on his face was that of admirability and pleasantness. He appears to have exited a building about to enter his car as one of the men around him is seen holding out the back door amongst other group of men.
The former president appeared to have a cup of coffee in his hands and handed it over to the man standing next to him and then gave a cheering clap to the singers.
Nigerians, on watching the video, have taken to the comparison game as they compared Obama to politicians, particularly President Buhari and the presidential candidates; and the singers to Nigerians.
Some of their comments go thus:
@shegelabobor: ‘Tinubu will donate 50 million to them instantly without clapping’
@sharomzoe23_: ‘Tinubu nor go fit look up for this long’
@b2joa1: “Wow…. Only #peterObi would do this presently in Nigeria”
@kennieszh: ‘I trust Nigerians. Them for don dey shout! Baba find something for the bois na, baba we just sing in vain?’
In reference to the APC presidential candidate’s “broom” rhythm, @adeiroyalty commented ‘Be like I wan go sing “Broom Broom” for Bourdillon road for Asiwaju oh’
For some months now, many Nigerians have embarked on the ‘Obi’ movement as they call themselves “Obidients”. It is a movement that has urged fellow Nigerians to go get their PVC to vote out the two major parties-APC and PDP out of power because they want a total change. The movement has garnered financial sponsors for the Obi campaign, endorsements from Nollywood celebrities, skits makers, religious and moral influencers. Controversial videos of clerics sending back home church members who had not gotten their PVC had also gone viral admist other trends.

Buhari: No Bail For Nnamdi Kanu Until He Defends The Awful Things He Said About Nigeria