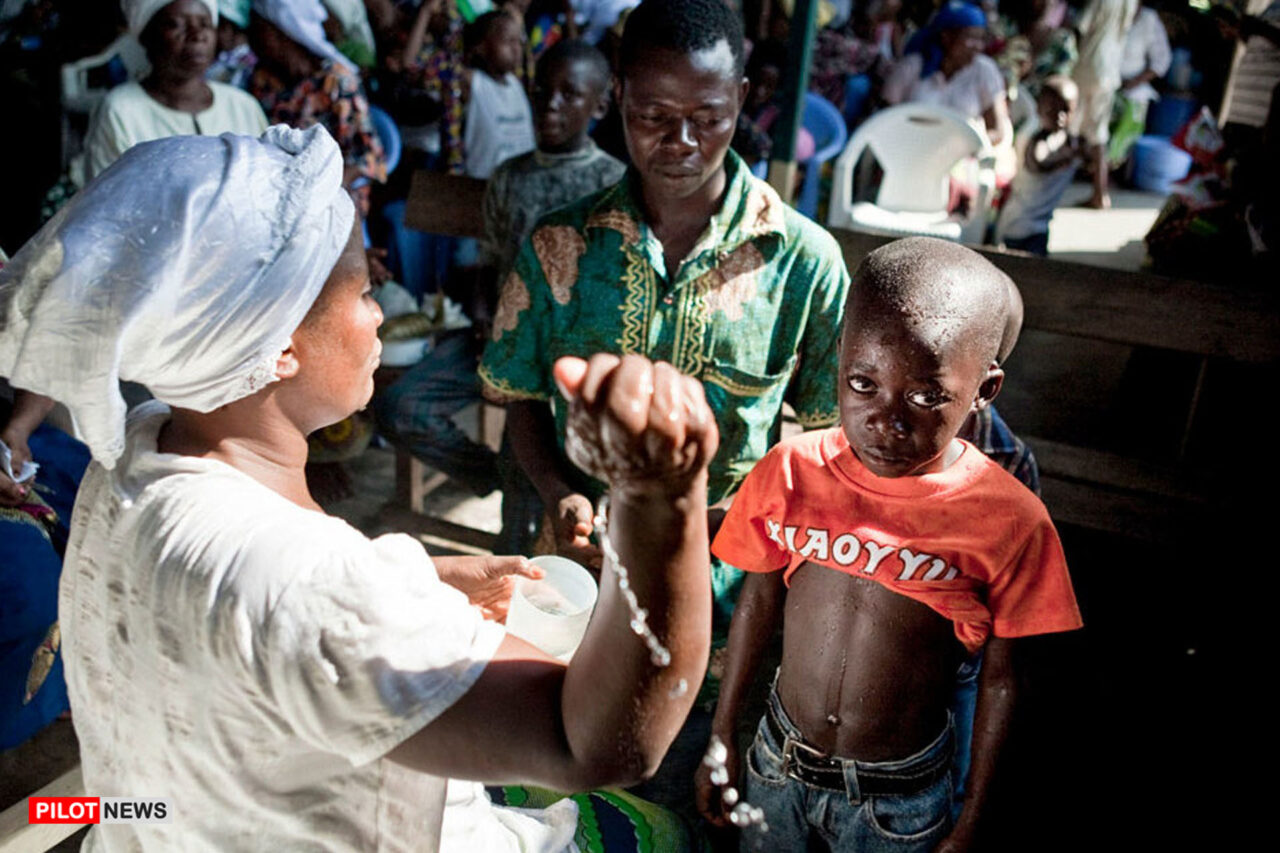 There was a drama and surprise as a Criminal Area Court I, in Yola Adamawa state capital slammed a 24-hour ultimatum to seven suspected witches arraigned before it to restore the health of a 3-year-old girl they bewitched, or else incur the wrath of the law.

The alleged witches including a 60-year-old woman, Halima Jonta of Dumne town in Song Local Government Area and five kids who are between the age of  4 to 6 were reportedly arrested and brought before the court by Sarkin Mayun Adamawa, Kabiru Garba following a report on the health condition of the little child by her parents.

The little girl who was also brought to court by her parents, was said to have been battling between life and death for about 3 months now.

During the court sitting,  the 60-year-old woman, Halima Jonta told the court that she and 2 other alleged witches have killed 7 people in 7 years since she joined ‘witchcraft’ in Dumne town.

Mama Halima as she is been fondly called has informed Honourable Umar Gangs led Criminal Area Court I,  that she joined witchcraft about 7 years ago and that herself and 2 other women in Dumne have succeeded in killing 7 people by terrorizing the residents.

The witches including the little children who were apprehended in Dumne, confessed to have bewitched the little child and accused each other and other relations as being responsible for initiating them into witchcraft/secret cult.

They told the court that it was the old woman and one other called Dudu (now at large) that asked them to tie the child, put stone in her stomach and the ghost of a dead person in her, claiming that they have since untied her, removed the image and the stone, and that remained only one thing that Dudu put in her.

They further told the court how they hibernated victims, stating that by the time they put dead person’s ghost in their victims, such persons could not eat, drink or do anything but will remain like the dead person until the time of slaughtering.

According to them, they tried to remove that it which was put by one Dudu in the baby, but they could not because it is beyond their power.

The alleged witches also stated that they too were hibernated by ‘demonic spirit’ that is in them which pushes them to do such evil, and that it is not deliberate.

The children also disclosed that they normally metamorphose or become white rats, cats, snakes or any other evil animal before attacking their victims, and pleaded to be set free from the bondage so that they can become normal human beings.

Presiding over the matter, Honourable Umar Gangs had asked the alleged witches to within 24 hours restore the health of the child, and ordered that Dudu who is now at large be arrested with immediate effect.

The Judge told them the court will hold them responsible if the health condition of the baby deteriorated, and advised them to remove everything that they put in her.

He lamented that the affected children have not even reached the age that can be sent to remand home not to talk of correctional service facility, and further noted with concern a situation whereby little children who do not know anything would be initiated into witchcraft.