ARE THERE STILL ZOOS IN NIGERIA?

CAUSE OF THE DEPLETION OF WILDLIFE CONSERVATION IN NIGERIA

A zoo is considered an establishment that maintains a collection of wild animals, typically in a park or garden, for study, conservation, or display to the public. There abide untapped opportunities in the wildlife subsector for national development but the harnessing of these opportunities in Nigeria appears to be far-fetched as zoos in Nigeria continue to deplete on a regular basis. As of 2015, a publication by the Nigerian Observer revealed that Nigeria had just 8 national parks unlike Kenya and South Africa which had 52 and 56games reserves respectively. In another publication by koko news in 2020, it was reported that a wildlife charity had commenced a project to rescue starving animals in a Nigerian zoo after dozens of malnourished animals were discovered by a tourist who visited the Gamji Gate in Kaduna. The pictures of a lion showed its severe malnutrition state as the trace of the lion’s skeleton appeared stamped beneath its skin- the number of its ribs could be counted, the tail looking so lean and rocky, the thighs and spine extremely protruded. Due to the constant decay of zoos in Nigeria, the concept has now become vaguer with the passage of time, especially in a time where gory happenings storm the country almost on a regular basis. 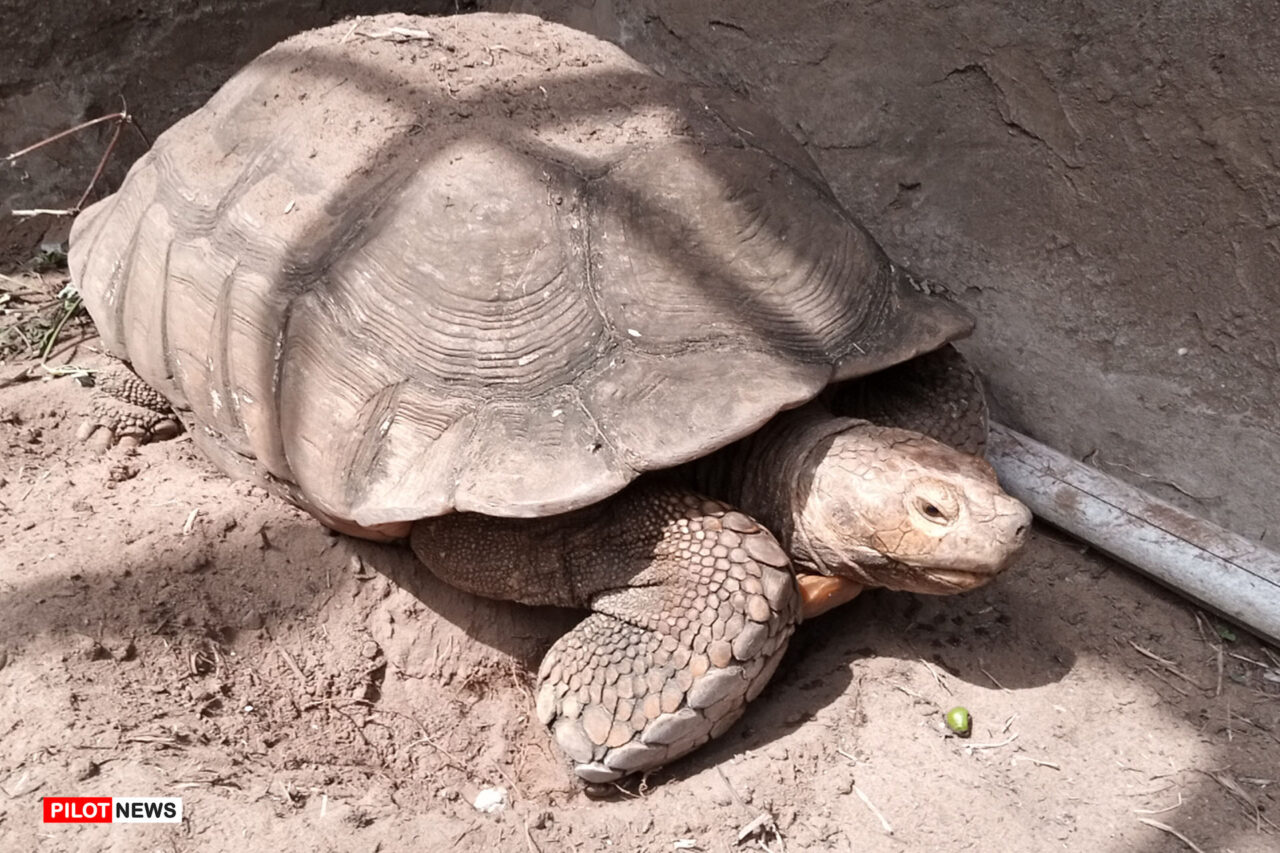 On a visit to the 10-year-old Q-brat zoos and Garden, located at Origan b/stop, Araromi, Badagry, Lagos, Favour, a staff writer with WAP, conversed with Prince Sakiru Raji, the owner of the Q-brat zoo.

Narrating the ordeal of many zoo owners, Prince Raji spoke extensively on both the governmental and individual factors responsible for the depletion of zoos in Nigeria.

Centring on the governmental factors, Raji recalled that when he and some group of zoo owners visited Sally Mbanefo, the then director general of the Nigerian Tourism Development Corporation(NTDC) in Abuja, she asked “Are there zoos in Nigeria?” This came as a shock to Raji and his company, considering the fact that such a question was coming from a director general who ought to constantly seek out ways to revive the subsector for the benefit of the nation. In the same vein, Raji cited a response of the former Edo state Governor, Adams Oshiomhole who was beseeched for funding for the welfare of animals in the zoo, and remarked that humans had not yet eaten and they were talking about animals. According to Raji, that statement proves the zero relevance the government place on the sector. 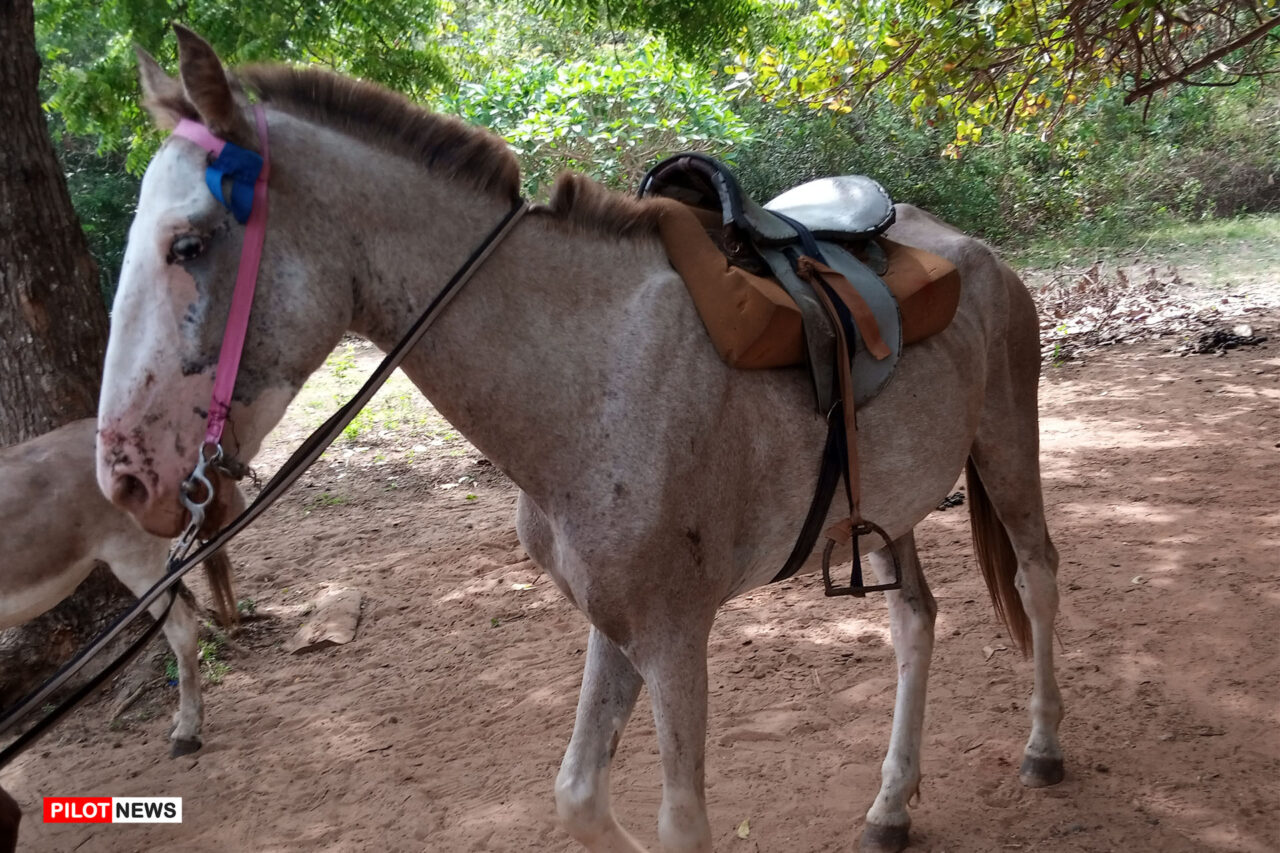 Referring back to the 2020 COVID-19 lockdown in Nigeria, Prince Raji recalled appallingly that there was zero support from the government. And even after he sought for support formally, up until the time of his conversation with Favour, 2kobo had not been released by the government. He wondered where the country’s allocated ecological funds were being utilised, seeing that his reality is relatable to zoo owners across the country. No grants, no loans.

Speaking of loans, he said that the response of bankers was usually “animals that you would buy today and would die tomorrow; we’re sorry, we can’t give you a loan” (paraphrased). Raji, still recounting the failure of the government to the subsector, talked about how foreigners interested in investing his zoo were handicapped because the government would not guarantee them (zoo owners). He also mentioned that business tycoons who would readily sponsor shows like BBNaija do not look their way when it comes to financial support or investing. 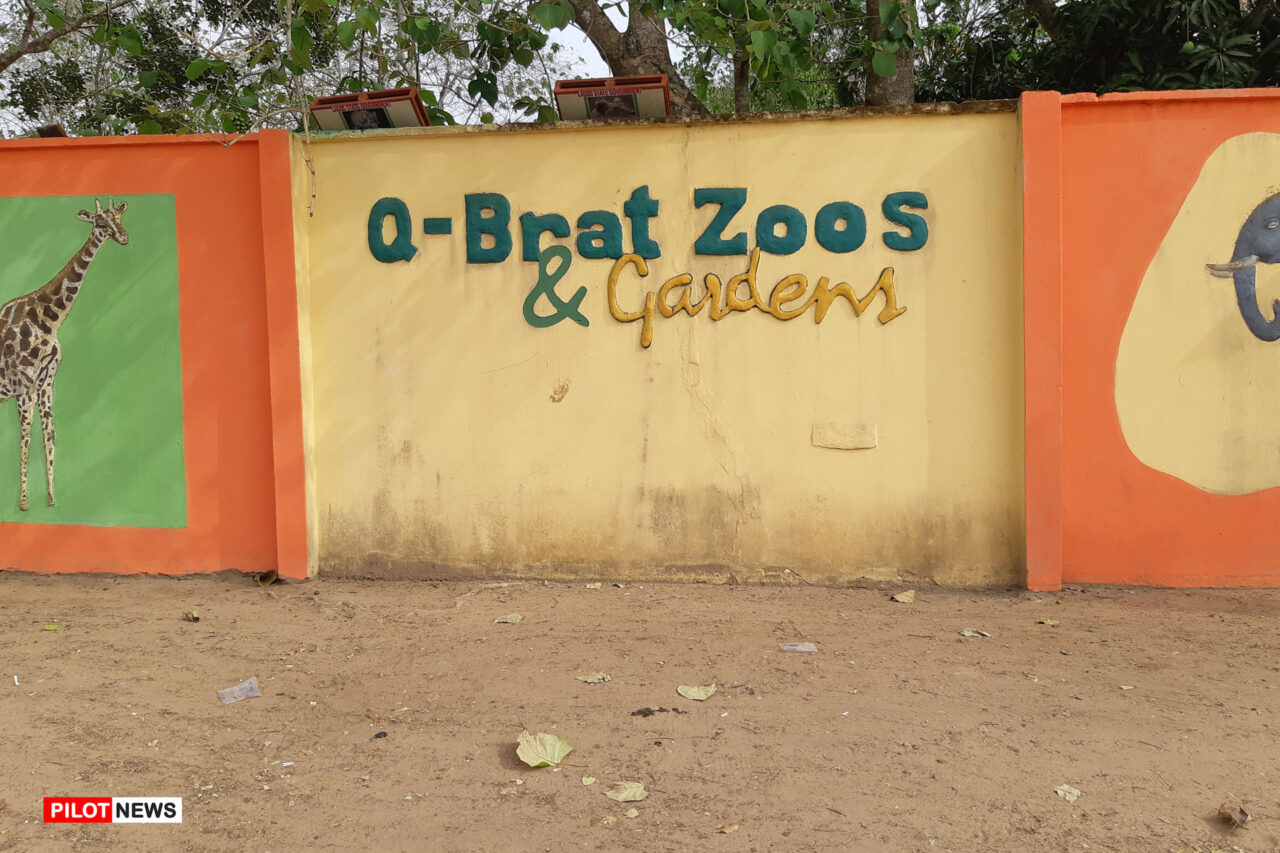 Most shocking of all, was the pressure on land zoo owners face with some ‘big sharks’ in government- how big government personalities would insist on turning zoo lands into housing estates while relocating the zoo from a better place to a manageable place. He recalled his battle with a special assistant to the former governor of Lagos state, Babatunde Raji Fashola. He said that Fashola’s special assistant insisted on buying off the land on which he had started the Q-brat zoos and Garden. Raji said that the special assistant was showed different lands but was insistent on taking the Q-brat zoo land. It was war as Raji rose up to his level and had victory at last.

Prince Raji also stated that zoos were not meant to be fanciful place for animals but harbour a near natural habitat for them; hence the existence of trees and some ecologically friendly environment in the Q-brat zoo named ‘The Garden of Eden’. Raji further noted that most real attraction animals die of malnutrition and that replacement was so difficult due to the costly price to acquire, sustain and maintain them. He informed that it cost one cow per week to feed a lion where one cow is averagely priced at about three hundred and fifty thousand naira (#350,000) to four hundred thousand (#400,000), which meant that over a million naira would be spent on feeding a lion alone. The expensive feeding of animals in zoo was confirmed by WAP staff writer who saw an array of large bunches of plantain stored for the feeding of the baboon and monkeys. Raji disclosed that those bunches were the weekly, not monthly cost of feeding the baboons and monkeys. 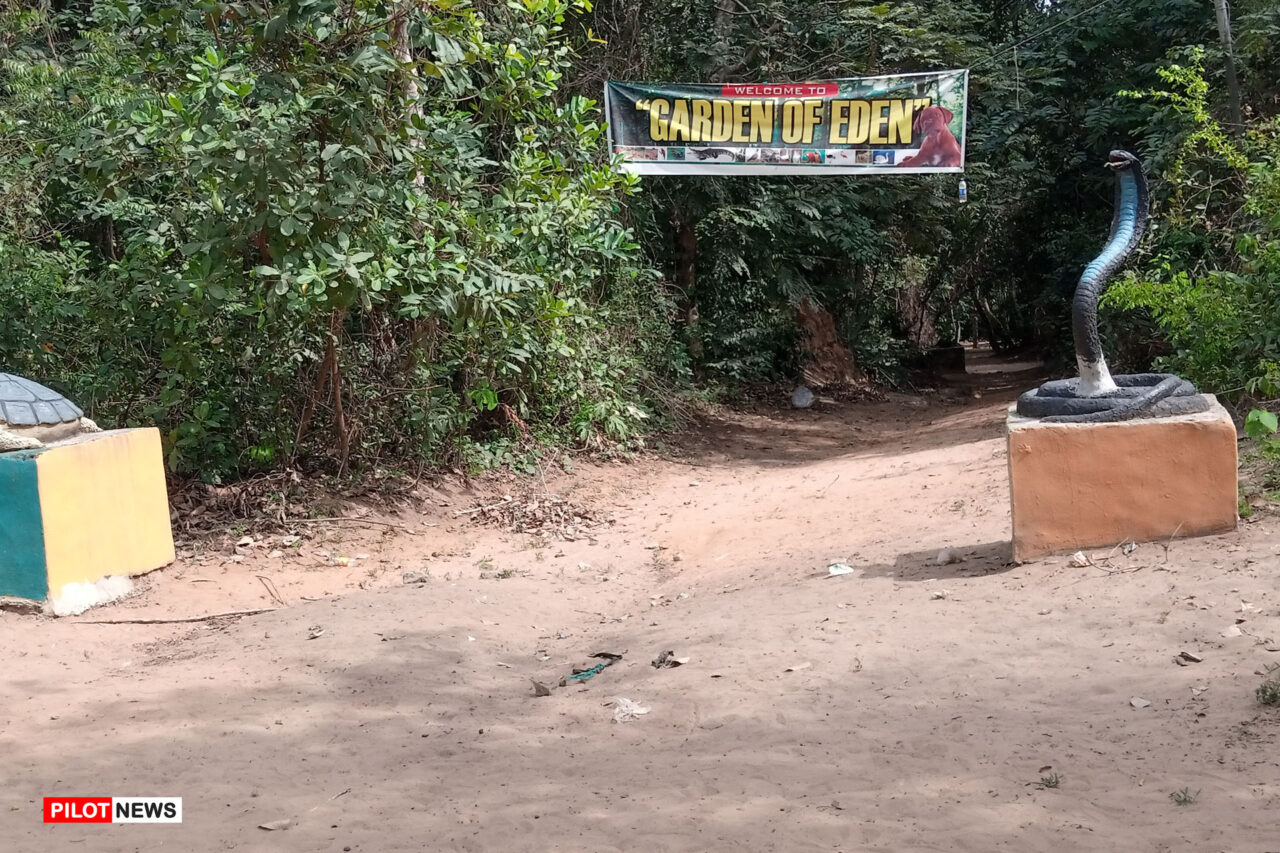 It appears that the government’s lackadaisical attitude towards this promising and resourceful subsector has spread like cancer, down to the masses who themselves, have become unknowingly, enemies of the progress of the subsector. Raji spoke about how the wrong mindset of Nigerians has plagued the subsector in form of poaching, belittlement and acquisition of wildlife for ego boost.

Speaking of poaching, Prince Raji said that the first thought that comes to the mind of an average Nigerian, upon sighting wildlife, is “bush meat”. He recalled how a neighbour strolled into the Q-brat zoo and commented on seeing the rock pythons, “dis one na correct bush meat o. e go full pot.” (This is a confirm bush meat. It would fill the pot to the brim.) Raji also talked about how he dealt frequently, with invaders who attempted to hunt animals in his zoo for goodness’ sake. The immediate gratification of appetite by Nigerians is a huge obstacle, he implied. 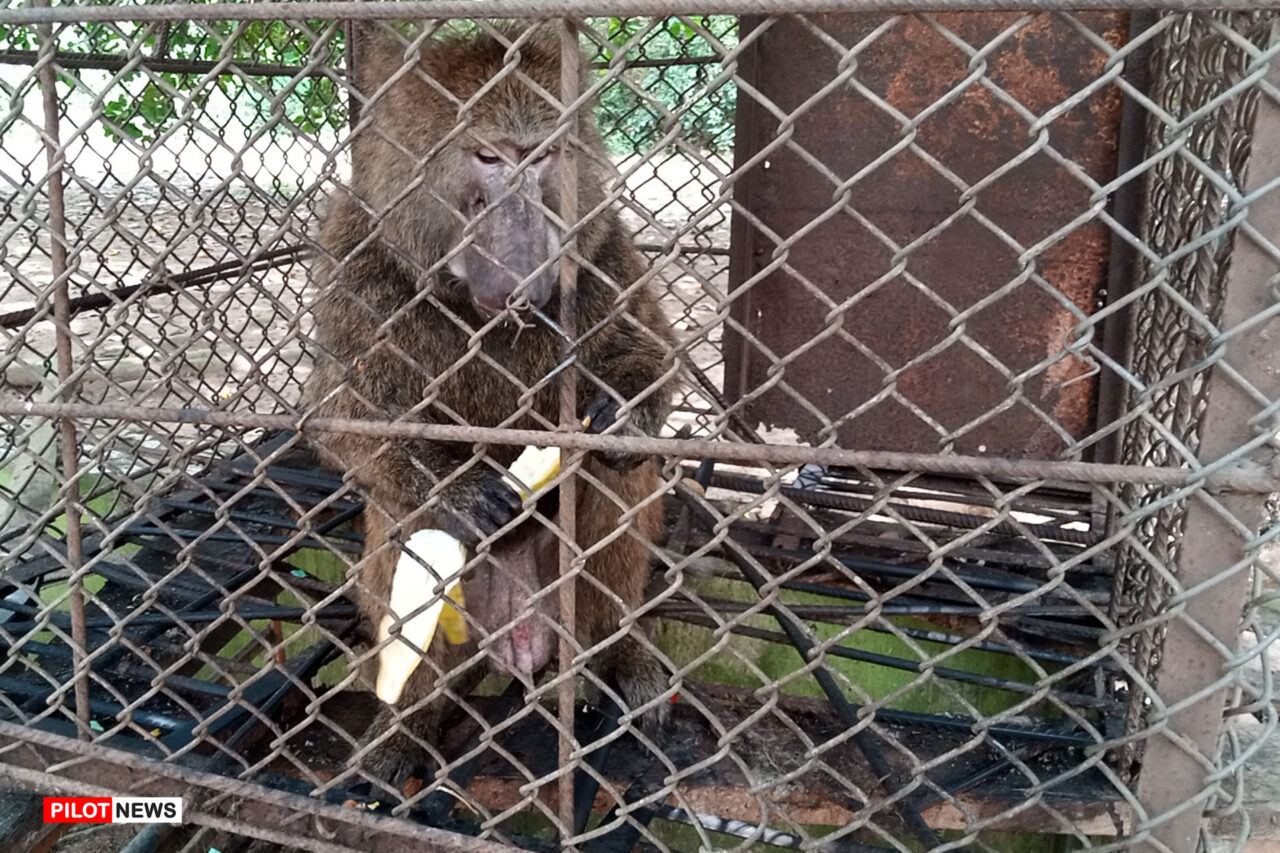 Concerning the belittling perception of Nigerians towards the subsector, Raji mentioned that a lot of Nigerians do not know that watching animals and interacting with them could serve as a great stress reliever according to research. Giving his personal testimony, Raji said that on a number of occasions where he had had a head ache, it subsided after spending some time with the animals in his zoo. In the line of Nigerians’ ignorance, he narrated a funny experience of a man driving down about 10 persons to his zoo and upon entrance, they were told the gate fee was 500 naira person, which would be 5,000 naira in all. He said the visitors laughed and said that they were just coming to see the animals (that’s all) and would not eat any of them, therefore the gate fee price was exorbitant. They turned back remarking, money they would use to drink correct cold beer. He also mentioned another case of a visitor who was required to pay the 500 naira gate fee, who screamed “Ah! 500 naira? But I’m not taking any of them?” The visitor went on to price it down to 200 naira.

A laughable story indeed yet repulsive.

Another individual problem, Raji pointed out was the acquisition of wild animals such as lion by the rich to boost their ego and status in the society. He recalled that last year, some neighbours in Lekki reported that they suspected someone was rearing a lion within their neighbourhood. The appropriate officials carried out a search and found a lion in the house of a rich Indian man. Raji said that the lion was taken from the man and was moved to a zoo. He added that despite the lion being relocated to a zoo, no financial support was given to the zoo owner for the welfare of that lion. Raji further stated that some rich people, especially traditional rulers, kill real attraction animals such as lions and leopards to have their skins hung in their houses for higher status in the society- for instance, earning a chieftaincy title.

When asked about how the Q-brat zoo get their animals, Raji made known their means to be donations, exchange between zoos, and purchase. Speaking of donation, he recalled that a neighbour had once donated two ostriches (a male and a female) who were already dead as at the time of the conversation. He also talked about a widow in Anambra state who contacted him to donate a baboon her late husband left behind. The baboon was seen in a fair state in the Q-brat zoo. 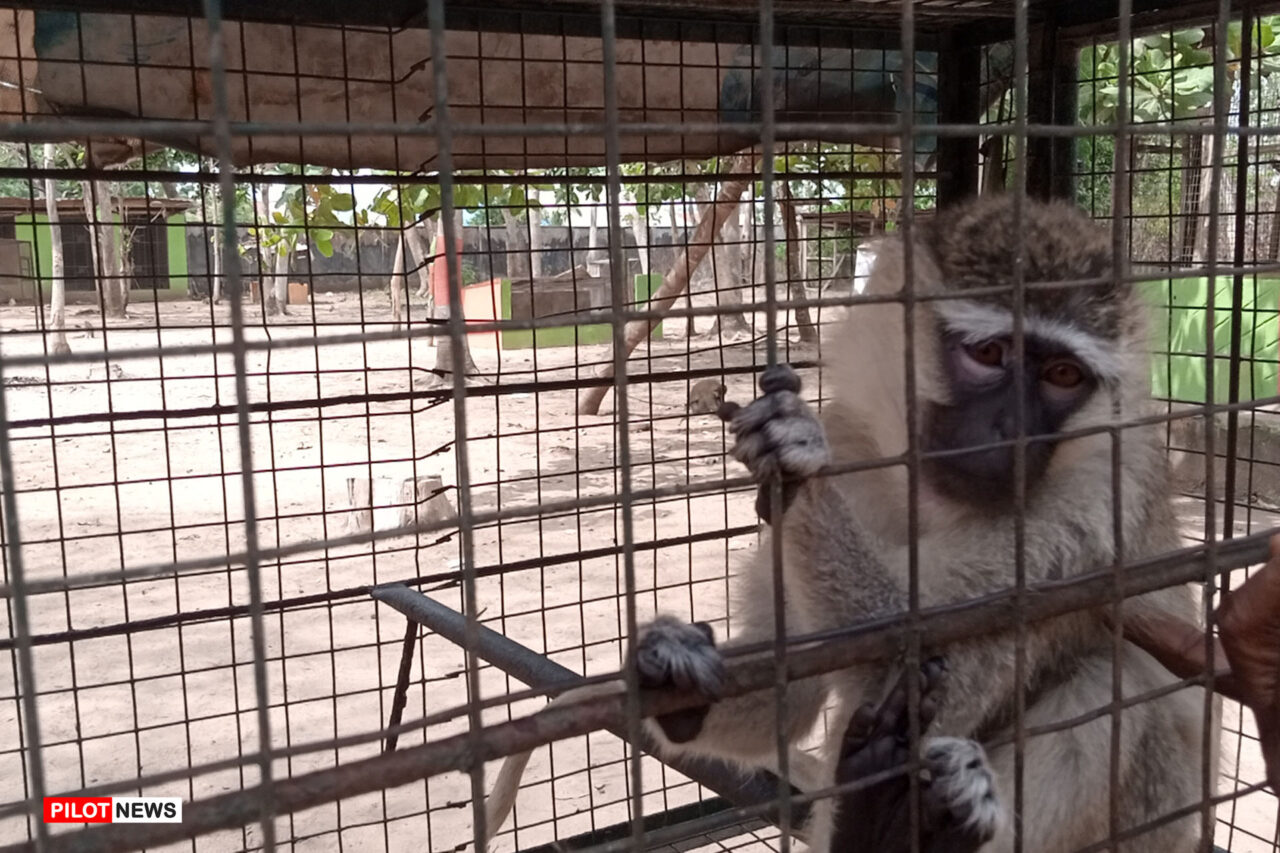 Prince Raji employed Nigerians to embrace a healthy mindset towards wildlife, mainly, by delaying instant gratification for the lasting satisfaction of the long-term benefit.

For the government whom he recalled had collected data from his zoo at several occasions, he urged them to put the interest of the nation at heart by making available grants and funds to support zoo owners, not just remembering them for levy and tax collection. He stated that the multiplier effect of the subsector would include employment of both medical and non-medical practitioners, an attraction site for local and foreign tourists, a practical ground for graduates who spend four years studying the theoretical aspect of wildlife, a resourceful site for researchers, just to mention but a few. He also beckoned on businessmen to consider the zoo industry for funding as well in order to assist him in reviving the culture and heritage of wildlife conservatives in Nigeria.

Animals seen in the Q-brat zoo as of the time of WAP’s visit were: a 100 year-old tortoise, a baboon, a donkey, a vulture, three crocodiles, three rock pythons, one rabbit, two monkeys(a male and a female), a camel, four turkeys, a monitor lizard, a white horse, and two ducks

Other taxidermy animals were also present. They include one lion, two peacocks, one sitatunga, one hyena, one turtle, and a pangolin.

Research has it that many animals in Africa which used to be recorded in large numbers have drastically reduced over the years with some creatures on the brink of extinction due to various human activities; therefore, efforts must be made both by the government and individuals to conserve and preserve wildlife.

Of Love and of Years ― Reviving Love in Memories